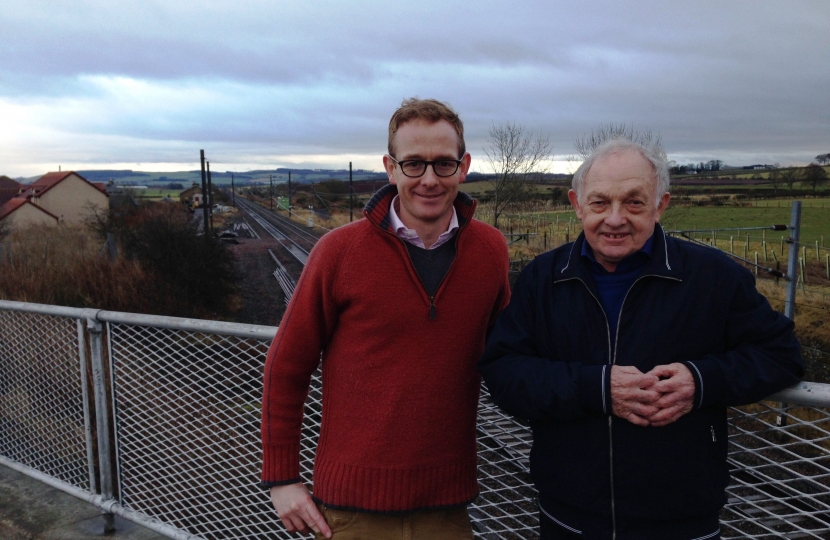 Local MP John Lamont is calling for the Scottish Government to provide a timetable for when it will reopen Reston station.

After years of delays, and several Transport Ministers, the SNP Government have finally committed to reopening Reston Station within the current transport investment period, which runs until 2024.

Scottish Borders Council have already set aside their contribution to the station and the project has now been passed to Network Rail for detailed design and delivery.

However, local MP John Lamont is determined to avoid the work being kicked into the long grass again. He has written to the First Minister to request a timetable for when the detailed design of the station will be finished, when contracts will be awarded, when work on the ground will begin and when the station will be opened.

Commenting, John Lamont MP said: “Thanks to the hard work of local campaigners, we now finally have a firm commitment from the Scottish Government that Reston station will be reopened.

“However, we’ve been here before. When I was a Member of the Scottish Parliament, the then Transport Secretary promised trains would be stopping at Reston by 2016 and that deadline rumbled past much like the trains on the East Coast Mainline.

“That is why I am determined to hold the Scottish Government to their promises. A vague commitment to deliver Reston some time in the next 5 years is simply not good enough.

“Residents and the Berwickshire economy need their new station as soon as possible. And we need a firm deadline for when work on the ground is going to begin. After years of promises many people will simply not believe the station will ever reopen until they see the diggers begin working.”

Both the UK and Scottish Governments acknowledge that we are facing a global climate emergency and that significant and rapid action is needed to protect our planet for future generations. There is no doubt that climate change is one of the most profound global challenges we face.