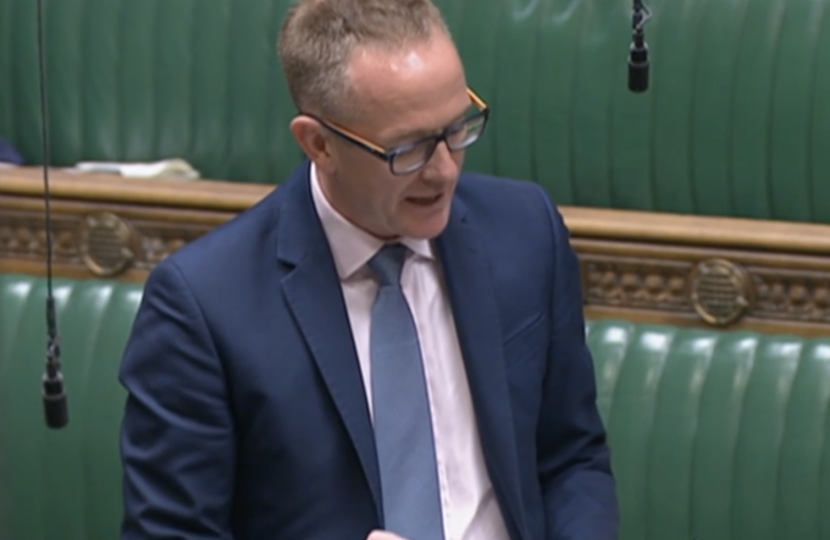 Scottish Conservative MP John Lamont has warned the UK Government it cannot “drag its feet” and “delay” plans to extend the Borders Railway.

Speaking in the House of Commons on Thursday, John Lamont MP sought assurances that the UK Government would support the next steps of the Borderlands Growth Deal, including the extension of the Borders Railway.

During transport questions in the UK Parliament, the MP for Berwickshire, Selkirk and Roxburgh said: “Transport officials are delaying and dragging their feet over the next steps of the plan to extend the Borders Railway to Hawick, Newcastleton and Carlisle.”

John Lamont MP urged the UK Government not to “delay this vital transport project that would deliver more jobs and help local businesses.”

He added that the Borderlands Growth Deal has been a “fantastic example of the UK Government delivering for local people” and asked the government to “urgently speed up this process.”

In response, UK Government Minister for Transport, Kevin Foster MP, replied: “We’re currently considering advice regarding next steps for the proposal, and in particular I’m keen for a feasibility study to get under way in terms of restoration of the whole rail route. I’ll be very happy to set out more details in writing.”

John Lamont MP said: “The UK Government must step up and deliver for the people of the Borders.

“It cannot drag its feet and delay this vital transport project that would deliver more jobs and help local businesses.

“The Borderlands Growth Deal has been a fantastic example of the UK Government delivering for Scotland. It must continue to be a blueprint for what can be achieved when Scotland’s governments work together constructively.

“I have requested an urgent meeting with the Minister for Transport and I will continue to campaign to ensure that the UK and Scottish governments deliver better transport links for local people across the Borders.”