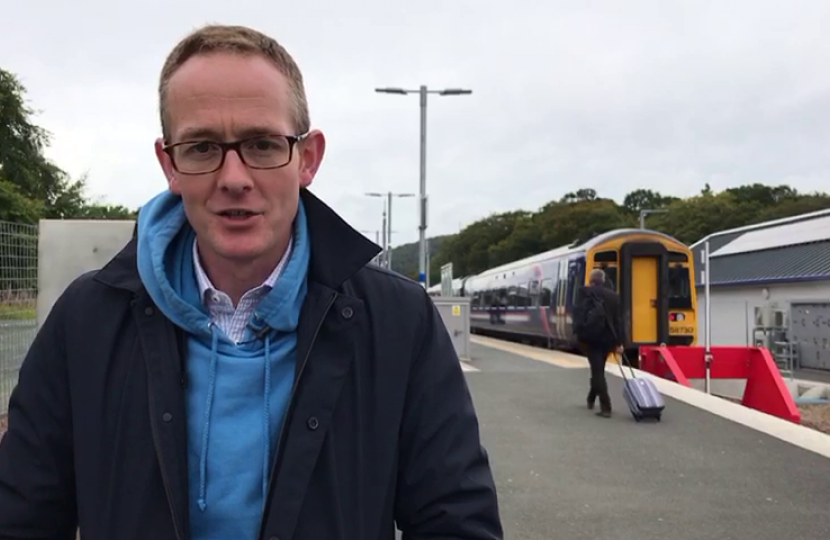 Local MP John Lamont has said the recent problems surrounding the Borders Railway is now undermining the campaign to get it extended.

There have been numerous reports with cancellations and carriage reductions in recent days, which have led to significantly overcrowded services.

On Monday, a passenger on one rush hour train was reported to have collapsed due to the overcrowding.

The local MP has now written to ScotRail to demand that action is taken to increase carriages and improve reliability after receiving several complaints from angry constituents.

He is now warning that the passengers are being put off using the service and that these issues are starting to undermine the case for extending the line to Hawick, Newcastleton and on to Carlisle.

Poor punctuality has meant that ScotRail could have been stripped of its franchise by now and while the Scottish Government have repeatedly warned them of this, no action has been taken.

Commenting, John Lamont MP said: “While the Borders Railway has overall been a huge success, people are getting increasingly frustrated about overcrowding, cancellations and a lack of communication about changes to the service.

“I have received a number of complaints from constituents and have passed them on to ScotRail, who need to take action to improve the service.

“Things have become so bad that a passenger has become unwell on the service and clearly this is completely unacceptable.

“My concern is that people are now being put off using this service because of its unreliability and that is meaning people are using their cars instead of the train.

“And when we are working hard to push for an extension to Hawick, Newcastleton and on to Carlisle, these problems will only undermine that campaign.”