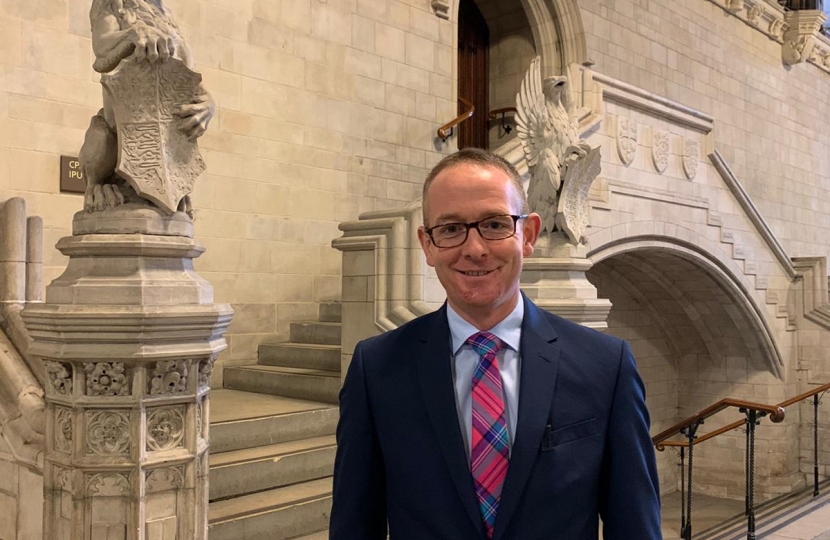 World Cancer Day has been marked by MPs as part of its 20th Anniversary with events in Parliament.

World Cancer Day is an initiative of the Union for International Cancer Control, the largest and oldest international cancer organisation in the world. The initiative is used to improve education and promote collective and government action to tackle preventable cancer deaths across the globe.

Borders MP, John Lamont, joined others in marking the day by wearing a Cancer Research UK tartan tie. The tie is made by Borders based company, Lochcarron of Scotland.

The Friends of Cancer Research UK tartan was the brainchild of local cancer fundraiser, Elaine Monro, and designed by Lochcarron of Scotland.

“While I am glad that cancer survival rates have increased year-on-year since 2010, I recognise the vital importance of investing in research as a way to drive up survival rates even further.

“That’s why I was happy I was able to highlight the great work of Cancer Research UK, and the craftmanship of Lochcarron, by wearing their tartan tie on World Cancer Day.”

Increased investment in Borders’ road infrastructure by the local authority has been welcomed by local politicians.