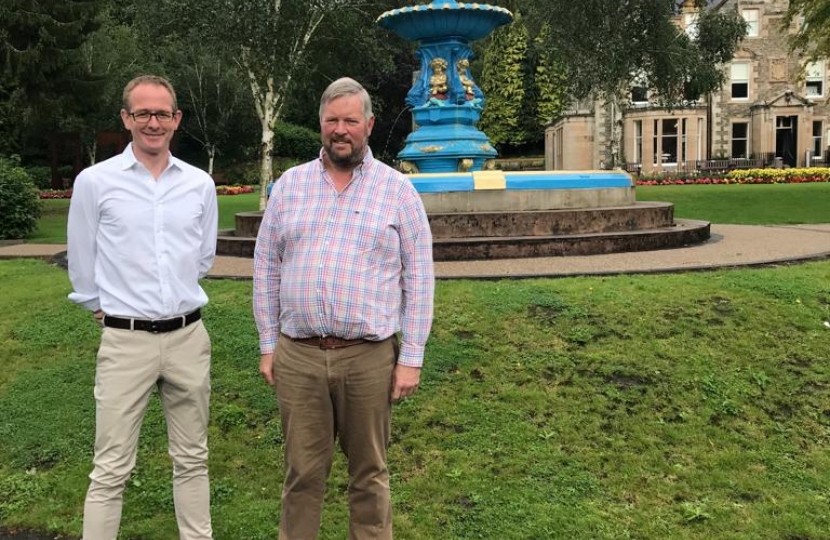 Wilton Lodge Park is in the running for a major national award recognising the best parks in the UK.

The newly refurbished 43-hectare park in Hawick is one of a handful of Scottish entrants for the Best Park 2019 award, run by park champion Fields in Trust. It was nominated following a £3.6m investment from Scottish Borders Council and the National Lottery.

The winner will be decided by an online public vote, which is open until noon on Monday 19th August. The top park in each of Scotland, England, Wales and Northern Ireland will be shortlisted with the overall winner and UK’s Best Park 2019 announced in mid-September.

Fields in Trust is an independent charity with over 90 years’ experience; it protects 273 parks and green spaces in Scotland for future generation to enjoy, totalling over 2,000 hectares of land.

Urging residents to vote online, local MP John Lamont said: “This is great news for Hawick to have made it in the shortlist for the best park in the UK. I regularly use the park when running from my office in Hawick and after massive investment recently it is looking fantastic.

“I’d certainly encourage everyone in the Borders to get voting and see if we can get Wilton Lodge crowned the best park in Scotland, or even the UK.”

“With the new play park and café, walled garden, Zandra Elliot Bandstand, Hawick Museum and improved walking and cycle paths, there really is something for everyone, which is why this nomination is really fitting.

“Hopefully we’ll be getting some better weather soon so that people can enjoy the outside space to its fullest, but I hope everyone will take a couple of minutes to go online and vote before the 19th August.”