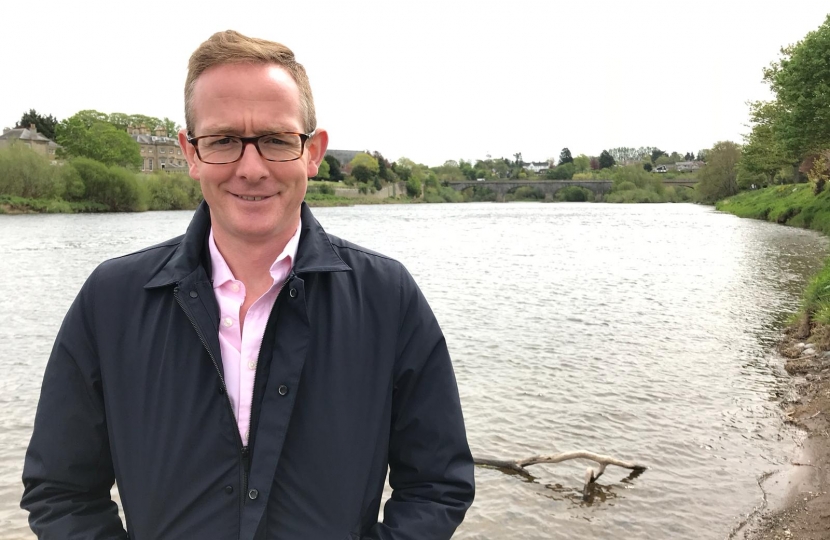 Despite repeated claims from EU negotiators and opposition MPs that the previous Brexit deal would not be reopened, the Prime Minister has renegotiated a new deal and scrapped the controversial Northern Irish backstop.

I was elected in 2017 on a manifesto committed to delivering Brexit and the majority of the Borders backed me. Most Borderers are democrats and whether they voted leave or remain, just want Brexit sorted.

This is a good deal, which until recently many said was impossible to achieve. It will mean the UK leaves the EU, is no longer subject to EU law or the European Courts and importantly for the Berwickshire fishing fleet, we regain control of our territorial waters. We will be able to negotiate our own free trade agreements and decide who we want to come to live and work in the UK. The Northern Ireland backstop has been removed and there will be no hard border in Ireland.

The deal has the backing of a range of organisations including the Food and Drinks Federation, the Scottish Fishermen's Federations and the Federation of Small Businesses.

Liberal Democrat and SNP MPs who say they will vote against any deal are backing chaos and uncertainty. And worse still, they have become the real champions of a No Deal Brexit. European Commission President Juncker has made it clear that the choice is now between this deal or a No Deal Brexit.

This is our best opportunity to get Brexit sorted and move on to the things that matter to the people of the Borders, which is why I am backing this deal.

You can read the full text of the agreement here.

And a summary of the changes that have been agreed here.

And a summary of the changes from the European Commissioner here and the Conservative Party here.

Local politicians remain concerned for Borderers struggling with the rising cost of living, as fuel price discrepancies widen across the area.