Veterans in the Borders set to benefit from new Government Office 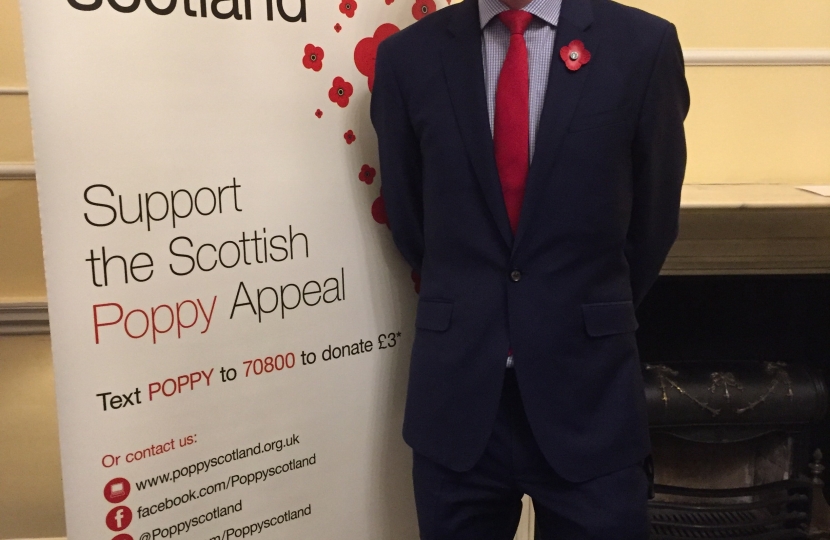 The UK Government has this week announced the creation of a new Office for Veterans’ Affairs, backed up by £5 million of Government funding and lead by Colonel David Richmond CBE.

The new department will be tasked with ensuring that no veteran is left behind after they leave service and will report to Johnny Mercer MP, the Minister for Veterans’ Affairs. One of its main priorities is to ensure that every single veteran in the UK and their family knows where to turn to access help when required.

Retired Colonel David Richmond CBE, the most senior officer injured in combat in Afghanistan and former Director of Recovery at Help for Heroes, will lead the new office. The Office will work to support the estimated 240,000 veterans living in Scotland.

John Lamont MP said: “The Borders has a significant number of veterans and this new department can make a difference to a lot of people’s lives.

“There is a lot of support on offer already, whether that is through fantastic charities like Veterans First Point or the many Veterans Breakfast Clubs that take place in the Borders. But it is sometimes difficult for people, particularly elderly people to find information about this support and to be able to access it.

“This Office for Veterans Affairs has been given the task of ensuring that no matter where they live in the UK, no veteran gets left behind.

“Our armed forces do an incredible job to protect us and our nation. The very least we can do is ensure that when they leave the armed forces they are given the support they need.”

Armed Forces and Veterans Champion Councillor John Greenwell added: “This is great news and long overdue. Alongside many local charities and through my post as Veterans Champion, a lot of support is provided to those who have served in our armed forces.

“I very much look forward to seeing the impact of this new Office and am sure it will improve outcomes for out veterans transitioning into civilian life.”