UK Parliament Week 2019 to be celebrated across the Borders 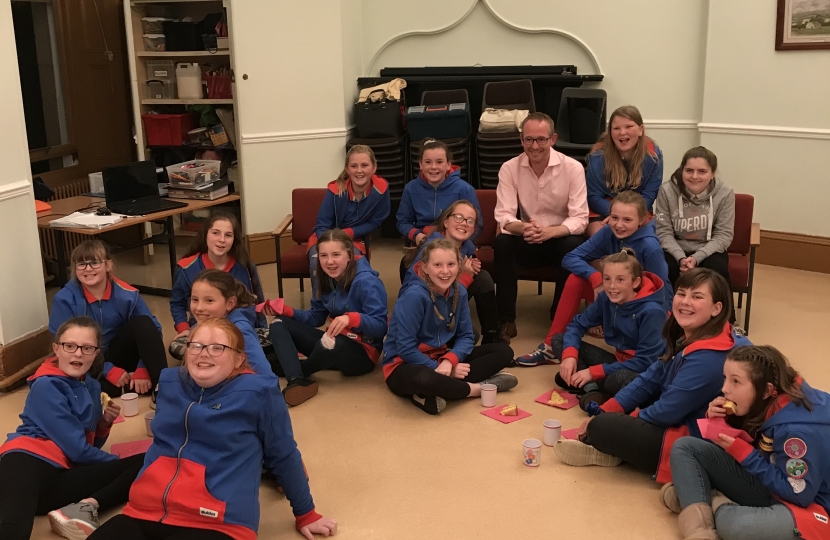 As Westminster gears up for a potential General Election, local MP John Lamont is inviting everyone in the Scottish Borders to get involved in ‘Parliament Week’ to learn more about how Scotland’s other Parliament affects people’s lives.

UK Parliament Week is a UK-wide festival taking place from 2-8 November, which aims to engage people, especially young people, from different backgrounds and communities, with the UK Parliament and empower them to get involved.

Schools, museums, libraries, faith communities and youth organisations representing every constituency across the United Kingdom have signed up to be part of the conversation. This is a great opportunity to be part of a thriving democracy, ask questions, think critically and engage with the UK Parliament.

John Lamont MP said: “It is great to see people in the Borders getting involved in UK Parliament Week 2019. It is really important to ensure that future voters understand how vital their participation is in our democracy.

“Particularly as we look set to have a General Election soon, it is a great opportunity to teach our young people about the role of Westminster and the importance of voting.

“A number of school groups and constituents have made the trip down to Scotland’s other Parliament and found it to be a really worthwhile experience. I’m delighted to see so many schools, uniform organisations and local groups taking part in Parliament Week this year.”

David Clark, Head of Education and Engagement at UK Parliament, said: “There are many exciting activities taking place for this year’s UK Parliament Week, with including those happening in the Scottish Borders.”

“Schools, workplaces and community groups across Scotland have a chance to have their say on the issues they care about most. UK Parliament Week is a great way find out more about the ways to be part of our thriving democracy, be it to vote, campaign or question their MP.”