Surgery tour success in the Borders 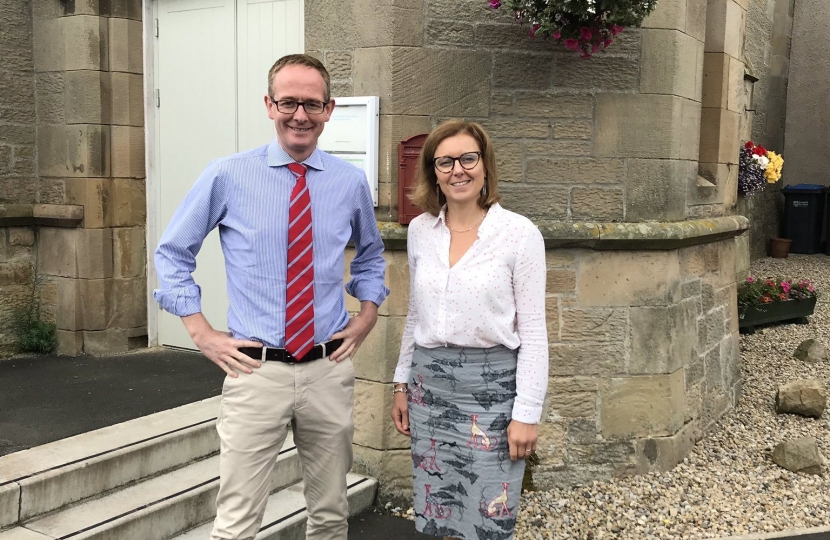 The surgery tour was the largest in Scotland, and took in 84 towns and villages from Newcastleton in the south west, to St Abbs in the north east of the region.

Approximately 300 constituents attended the surgeries with a variety of issues and concerns, ranging from rural broadband to road conditions.

Both Mr Lamont and Ms Hamilton would like to thank all those that attended and for all the volunteers who look after the various town and village halls where the surgeries were held.

“Getting out and about around the Borders and visiting every town and village, no matter how big or small is important”

“If you missed us, please do not hesitate to contact me on Rachael.hamilton.msp@parliament.scot, telephone 01573 224862, or pop into my office on Abbey Court in Kelso.

“This was another record breaking year in terms of the number of people who came out to see us. While it has never been easier to contact people online or over the phone, for some people nothing beats a face-to-face chat.

“This was my 13th Summer Surgery Tour and think it is really important for politicians to be as accessible as possible. I’ll continue to hold regular advice surgeries for as long there is a demand for them.

“Thanks to everyone involved for making this such a successful summer surgery tour. It was great to pay a visit to so many thriving communities across the whole of the Scottish Borders.”