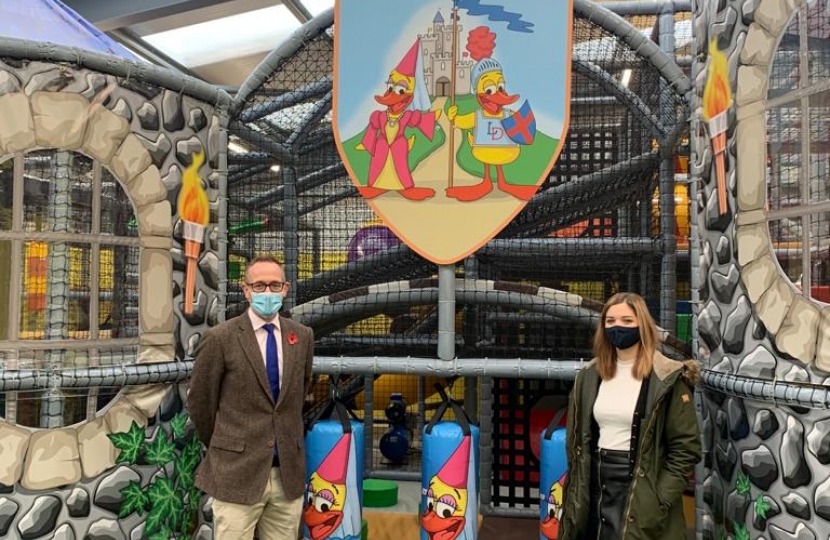 New support for soft play centres and nightclubs has been welcomed by Borders MP, John Lamont.

The Scottish Government have announced the support as they have forced premises to be closed by law since the beginning of lockdown in March.

The one-off grants can be worth up to £50,000 through the Covid-19 Contingency Fund and are calculated based on rateable value.

Soft plays and nightclubs will also be able to make use of the extended furlough scheme until December which sees employees unable to work receive 80% of their wage paid for by the UK Government.

Mr Lamont recently met with Laughing Ducks Soft Play in Coldstream to hear about the problems caused by not being able to open for most of the year.

According to Scottish Government guidance, soft play centres will not be able to open until areas are in level 1 or 0. The Scottish Borders is currently in level 2.

John Lamont MP said: “Soft play centres have been unable to open for their customers since March. It is not hard to imagine the huge problems this will be causing for soft play centres and their staff up and down Scotland.

“This new funding through the Covid-19 Contingency Fund will be very welcome for those businesses who have not yet reopened.

“With the Borders currently in level 2 it is not yet clear when these businesses will be allowed to open their doors to customers again.

“Businesses such as Laughing Ducks Soft Play are vital for the local economy and for the health and wellbeing of young kids and their families, and it is important they receive support.”