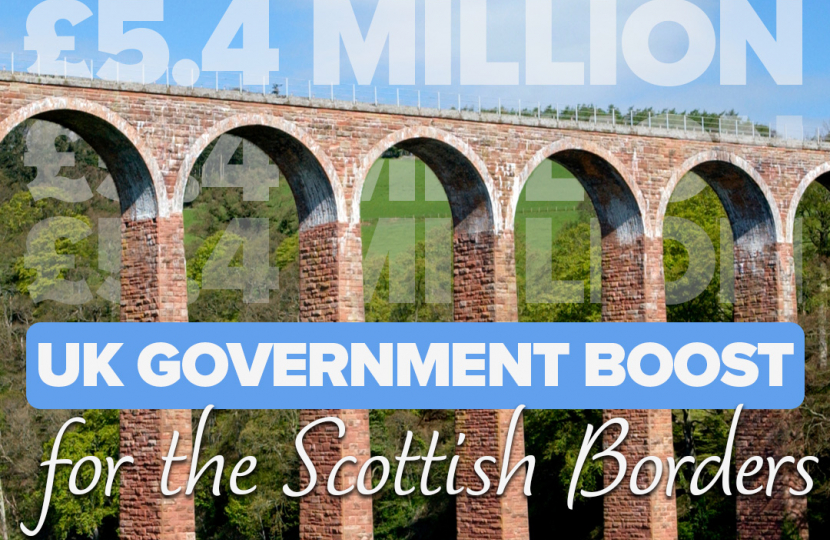 Projects across the Scottish Borders will receive a £5.4 million funding boost from the UK Government, it was announced on Monday.

The frontline investment will see communities across Scotland benefit from £212 million of funding for skills, improved high streets, support for local business and more green spaces.

Under the investment plans approved today (Monday), Scotland is receiving at least as much funding as it did before, except projects are now free from bureaucratic processes and local people have a greater say in how the money is used.

All plans submitted by Scottish local authorities, including the Scottish Borders, have now been approved by the UK Government.

The UK Government’s approval of these plans will kickstart delivery across all parts of the country.

Scottish Borders MP, John Lamont, said: “This welcome investment from the UK Government will deliver real benefits for the people of the Scottish Borders.

“The extra £5.4 million of funding will be a huge boost to local communities.

"This is great news for towns and villages across the Borders who will now see millions of pounds invested to strengthen businesses, create jobs and make lives better.

“While the SNP Government is cutting funding for local services, the UK Government is delivering on its commitments and giving local people more control over how money is spent in their area.”