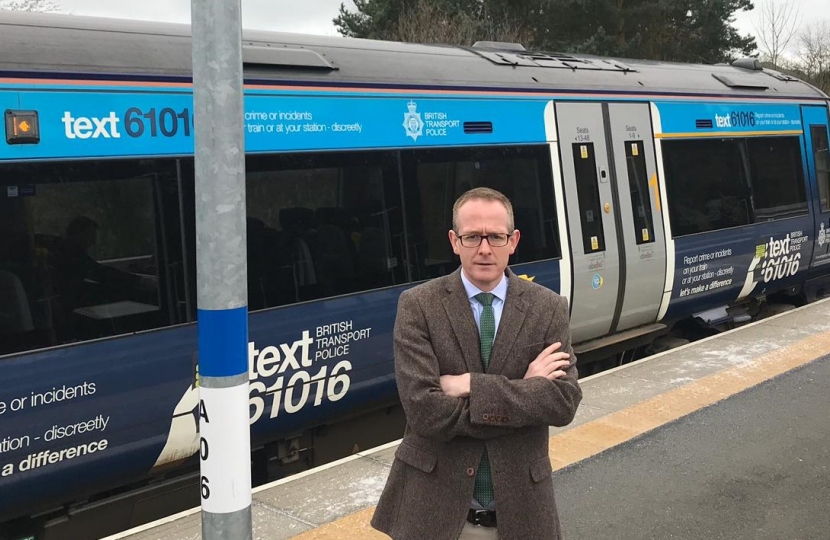 Scotrail will cut Borders Railway services as part of its timetable shake up due in May 2022.

Services between Tweedbank and South Gyle and Glenrothes will be cut completely with trains terminating at Edinburgh Waverley instead.

However, Scotrail say that the Saturday timetable will increase to provide two trains per hour during the day.

Scotrail say that for every train service on the Borders Railway it costs £676, with a revenue of just £321.

This means that every year there is a taxpayer subsidy on the route of £6.8 million, or £3.92 per passenger journey.

Scotrail has opened a consultation on the changes and can be accessed on their website.

“I am disappointed that the through services between Fife and Tweedbank will stop when the timetable changes. Any loss of direct transport to the Borders is another missed opportunity for our economy.

“Nevertheless, it is welcome that there will be more journeys on a Saturday making it easier for day trippers and tourists to come to our area. This will be especially important with the Great Tapestry opening in Galashiels.

“It should also ease congestion on the route when there is rugby and other national events in the capital.

“I urge all users of the Borders Railway to take a look at the proposed timetable and respond to the Scotrail consultation.

“I will be meeting with Scotrail in due course to discuss the changes.”

“Although it is concerning to see some services being cut beyond Edinburgh, I have long campaigned for more trains at the weekend and glad to see they will be put in place from May 2022.

“Too often we have seen overcrowded trains to and from Tweedbank especially when there are events in Edinburgh. Many of the last trains can be packed as well so extra capacity is welcome.

“Clearly, to ensure the success of public transport services, they rely on as many commuters as possible getting back to their desks”

“Regardless, an effective transport system needs to be in place to help us build back greener and better from the pandemic.”