Scotland much to gain from trade deal with USA 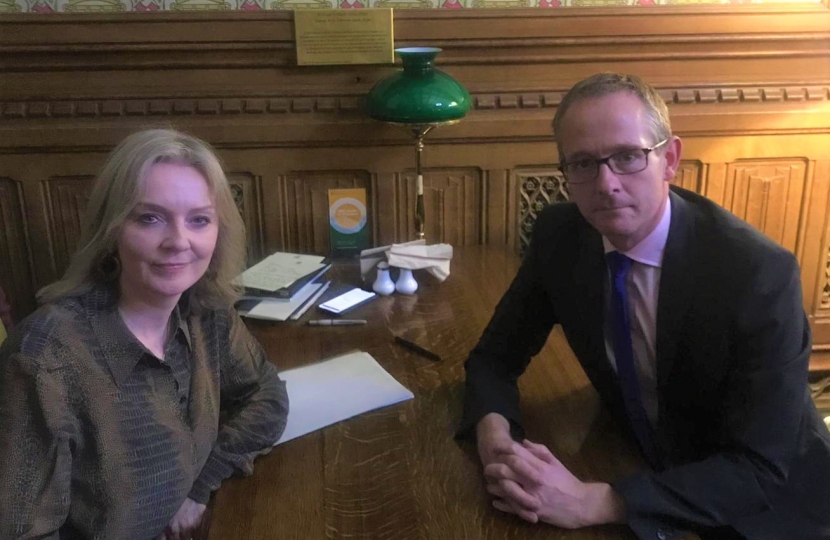 The Secretary of State for International Trade, Liz Truss, has revealed her negotiating objectives for a potential free trade agreement (FTA) between the UK and the USA.

Estimates by the Department for International Trade (DIT) show that a trade deal could be worth up to £517m to the Scottish economy. The DIT are also prioritising Scottish exports by protecting iconic food and drink names such as Scotch Whisky and Arbroath Smokies. Importantly, Scotland is the nation expected to benefit most from a UK-US FTA.

An FTA could reduce tariffs on Borders products such as whisky and cashmere which were introduced last October in retaliation to EU subsidies given to Airbus. Mr Lamont raised this with Liz Truss during her statement to the House of Commons on the 2nd March. She pointed out that it is her intention to stop all ‘tit for tat’ tariffs in the future, such as those currently on cashmere and whisky.

It is intended that any new trade deal would also open new markets for farmers and food producers. Haggis has been banned in the US since 1971. Lamb and beef are also banned meaning that farmers cannot sell their products in US markets. The CEO of the National Sheep Association has noted that opportunities for lamb exports to the US ‘would benefit sheep farmers in all parts of Great Britain’. Similarly, British cheese currently faces 17% tariffs when exporting to the US which could be reduced under an FTA.

However, the Secretary of State also made it very clear that the NHS is not, and never will be, for sale. Similarly, she said that there will be no compromises when it comes to UK food safety, environmental, and animal welfare standards. Consumers and workers’ rights will also be upheld in any trade deal.

Scotland currently exports over £4bn in goods alone to the US, which would grow under an FTA. This is the equivalent to over £8000 every minute.

Commenting John Lamont MP said: “Trade with our closest ally is beneficial not only for businesses but also consumers who will get cheaper prices.

“Many Scottish products are sought after in America and a FTA would significantly build on this. Opening up more markets for our farmers and food producers by removing bans in place for lamb and beef would bring a boost to our rural economy.

“Of course, it is important that we also protect our own industries. I am glad that the Trade Secretary will be protecting our NHS, workers’ rights, our environmental standards and our food standards.”

The Prime Minister, Boris Johnson MP also commented “We have the best negotiators in the business and of course, we’re going to drive a hard bargain to boost British industry.

“Trading Scottish smoked salmon for Stetson hats, we will deliver lower prices and more choice for our shoppers.

“Most importantly, this transatlantic trade deal will reflect the unique closeness of our two great nations.”

The UK Government has announced new measures to continue to help British holidaymakers get home from all around the world.