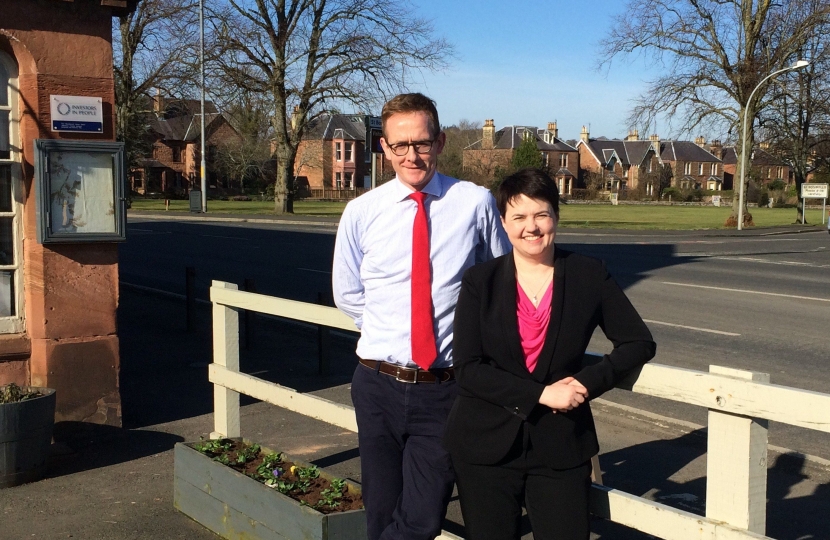 Ruth Davidson MSP has announced she will be standing down as leader of the Scottish Conservative party.

John Lamont MP, who was Ruth’s campaign manager during her leadership election said: “Ruth has been a friend and a colleague of mine for many years and on a personal level I am saddened by this news.

“Ruth’s contribution to Scottish politics over the past few years can not be overstated. She has been a force of nature during the past 8 years and has been responsible for bringing the Scottish Conservatives to become the only serious challenger to the SNP. Like all Scottish Conservative politicians in the UK, I owe much to Ruth and her straight-talking and moderate approach.

“Ruth leaves the Scottish Conservatives as the only party completely opposed to Nicola Sturgeon’s plans to break up Britain. I am sure that by coming together we can build on that success and offer Scotland a real and positive alternative to the SNP.

“Unusually in political careers, Ruth is standing down as one of the most popular politicians in the country. She will leave behind a formidable legacy but I have no doubt that her contribution to public life has not ended.

“This is a very personal decision for Ruth and I completely respect the fact that she is prioritising her family. However, we all should reflect on the fact that for a new mother, high profile politics in the UK has become a near impossible task. Something needs to change to ensure that people from all walks of life, at all stages in their lives are able to serve their country at the highest level.”

Increased investment in Borders’ road infrastructure by the local authority has been welcomed by local politicians.