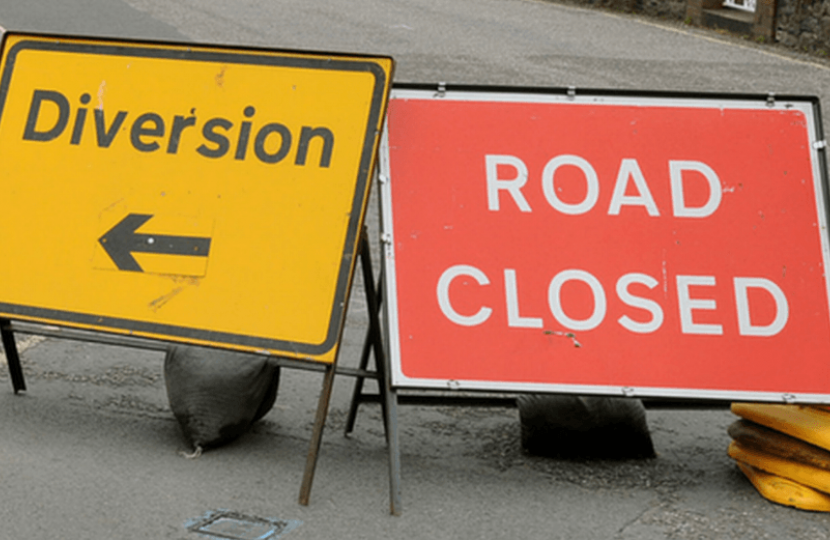 Local MP John Lamont is calling for compensation for businesses affected by a poorly managed road closure in the Yarrow Valley.

The A708 Selkirk to Moffat road has been closed since the beginning of July just outside Moffat to accommodate BT Openreach works. Signs across the Yarrow valley are diverting motorists through Peebles and down the A701 via Tweedsmuir.

The closure comes at one of the busiest weekends for local businesses, at the start of the school summer holiday.

However poor signage and lack of notification has left motorists and local businesses in the Scottish Borders fuming.

Susan Cree, who runs the Gordon Arms Hotel and Jayne Burns from The Glen Café in the Yarrow Valley have both complained that they received no notification about the proposed closure, something that Dumfries and Galloway Council have admitted was “disappointing.”

The road closure has also been poorly signed. Motorists were faced with a notice in Selkirk that only said the A708 was closed from 9am on 1st July with no indication of timings nor that the closure was much further down the road.

When this was pointed out to Dumfries and Galloway Council, BT Openreach and their contractors were told to provide more information on their signs. While some were amended, others remained in place.

On Friday 5th July, the road was reopened earlier than planned, however the closure signs were mistakenly left in place over the weekend.

Other motorists have complained that the road was not reopening at 5pm as promised and they were left waiting by the closure for almost 30 minutes.

Local MP John Lamont, who has been in correspondence with Dumfries and Galloway Council over the past week has now written to them to push for compensation for local businesses affected.

“Businesses didn’t get sufficient notice, motorists were faced with confusing signs which didn’t make it clear that the Yarrow Valley was open for businesses. And despite the closure being removed over the weekend, many signs remained in place.

“A number of people have got in touch with me about this, either during the closures last week or at my advice surgeries. It has clearly impacted on a number of businesses and been confusing for motorists too.

“Hotels, cafes and other businesses along the Yarrow Valley rely on through traffic and passing trade. That is why I think there is a strong case for compensation for those who have lost out on businesses from this.”