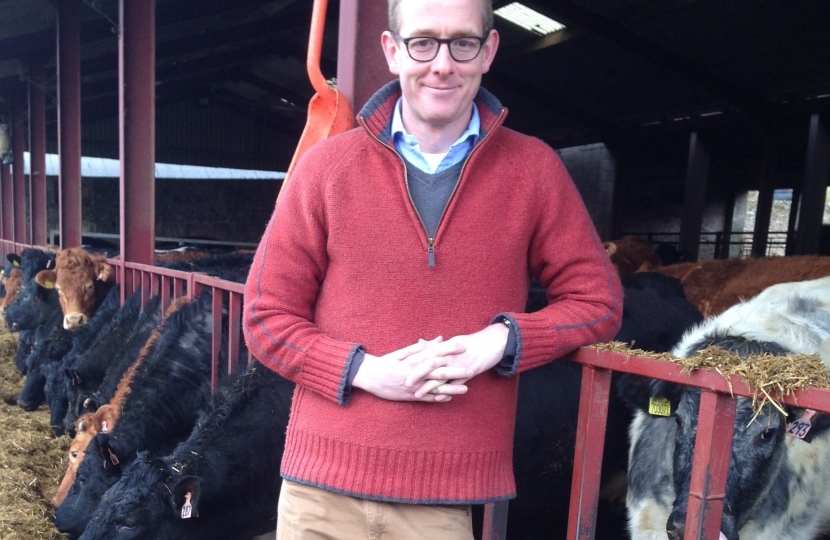 New arrangements will mean that Scottish red meat farmers are to benefit to the tune of £1.2m.

QMS will now have control of a total funding pot of £5.2m per annum which has increased 25% due to this new scheme.

The reforms mean more money can be spent on promoting Scottish red meat at home and abroad as well as on developing the industry.

Previously an anomaly existed as the levy is collected at the point of slaughter, rather than where the animal spent most of its life. The new scheme fixes this and started at the beginning of April 2020.

The UK Government introduced provisions into the Agriculture Act 2020 so that a new scheme could be established to transfer levy between the British levy bodies.

The Red Meat Levy Redistribution Scheme was co-designed with the three levy bodies – Quality Meat Scotland, Meat Promotion Wales and the Agriculture and Horticulture Development Board.

“This is a welcome change and redistributes the levy more fairly amongst the nations. This is a big boost to farmers producing Scotch Beef, Scotch Lamb and Specially Selected Pork.

“A lot of animals are sent to England for slaughter and as the levy was collected at that point it meant the distribution of funds did not necessarily match up with where the animal spent its life.

“This new scheme puts an end to that and was made possible by the UK Government’s Agriculture Act 2020.

“This £1.2m extra will go a really long way in marketing these fantastic products domestically as well as increasing exports abroad to growth markets like the USA and Japan.”

“I welcome the fairer redistribution of the red meat levy across the UK.

“Quality Meat Scotland will now have £5.2m per annum as a result of this change, to promote Scotland’s wonderful produce here and internationally.

“This extra funding must be used to ensure food retailers and supermarkets promote and sell the best British, Scottish and Borders produce for consumers to enjoy and at the same time support their local economy.

“Scotland produces some of the finest meat anywhere in the world, reared on good quality grassland, meaning it is a reputable product with a very low carbon footprint.

“It is important that when we buy meat, that we buy local Scotch Beef, Scotch Lamb and Specially Selected Pork and support our farmers.

“The Scottish Conservatives will always stand up for farmers and ensure that they get the best deal”.