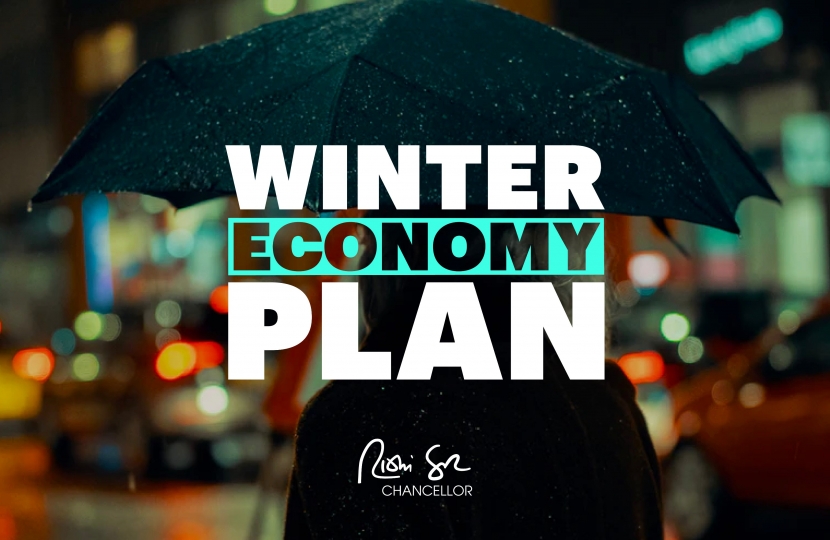 The Chancellor has announced a range of new policies in order to keep the economy running during the winter months as the United Kingdom continues to battle coronavirus.

As the flagship furlough scheme is due to end in October, the Chancellor announced a new support scheme to stop redundancies. The new scheme will help bring people back into work and allows businesses to keep staff even if they only have reduced hours available.

Under the new scheme the UK Government will help pay part of the wages of those who have not yet been able to return full time. The scheme will run from the end of furlough to the end of April next year.

A similar grant scheme has been extended for those who are self-employed.

The cut in VAT for tourism businesses will also be extended. VAT was cut from 20% to 5% in July and was scheduled to end in January but will now extend to the end of March.

Businesses in all sectors will now also be able to defer payments of VAT and pay it back in interest free instalments, rather than in one lump sum.

The new support package comes on top of previous schemes such as Eat Out to Help Out, government backed business loans, and the Kickstart employment scheme.

John Lamont MP said: “This will be very welcome news for those businesses and employees who were worried about their transition back to work. The new Jobs Support Scheme will help get employees back into work without the worry of redundancy.

“I know that the initial VAT cut was very welcome for tourism and hospitality businesses, and I am very glad to see that extended further until the end of March next year.

“There are still very difficult times ahead for the Borders. This bold new plan will help keep our economy moving as we continue to battle against the coronavirus. Importantly, it will mean fewer people losing their job.”

Rachael Hamilton MSP added: “The UK Conservative Government has acted swiftly and diligently during this pandemic to save jobs and help businesses.

“From the furlough scheme to a VAT reduction, these unprecedented interventions sit in sharp contrast to the sluggish response from the SNP Government.

“The announcements today will bring huge relief to businesses and workers, with the new Job Support Scheme helping people return to work.

“By no means are we out of the woods yet, and I fear for tough times ahead but at least this package of measures announced by the Chancellor will go some way in supporting the Borders economy”.

“I look forward to hearing what further interventions the Scottish Government will offer, from creating jobs to skilling up workers to addressing business rates”