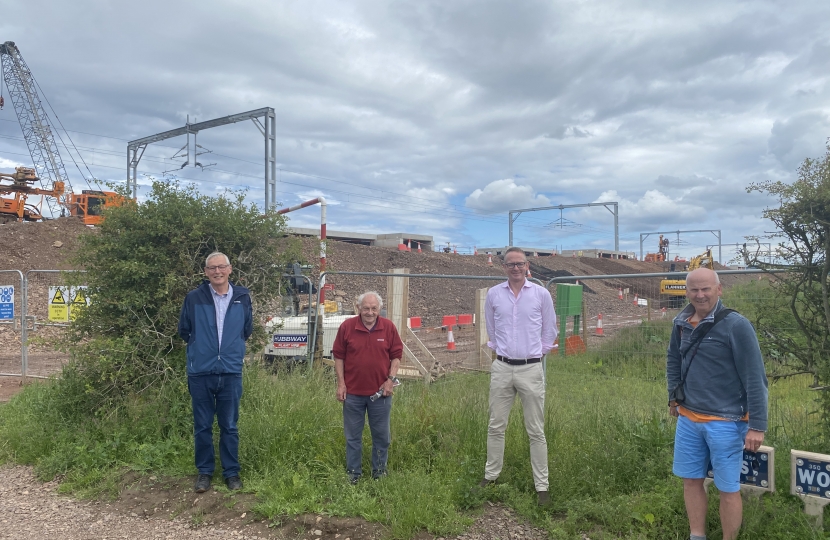 Berwickshire parliamentarians are pushing for a common sense solution for services to the new Reston station after it was revealed there would only be a few services per day.

The new £20m station serving Berwickshire on the East Coast Main Line will only receive a few services per day due to congestion on the line caused by plans by cross border train operator London North Eastern Railways (LNER) to increase the number of high speed services to Edinburgh.

Similarly, Scotrail have pulled out from stopping any trains at Reston, despite them being in charge of operating the new station.

Current draft proposals for the timetable at Reston show only four services per day in each direction, provided by Transpennine Express and LNER.

LNER, which currently serves Berwick-Upon-Tweed with trains to Edinburgh and London say that they are increasing the number of their trains on the route to compete with the faster air alternatives. Their plans will also see services at Berwick-upon-Tweed reduced too.

Local politicians say there needs to be a better solution where smaller train stations do not lose out to larger rail hubs.

“It is inexplicable that a brand-new station at Reston might only have a few services per day. We need to see a sensible approach that will allow it to become a viable option for commuters and other rail users.

“I had a very frank discussion with the minister about how local people feel let down by LNER who are attempting to dominate the East Coast Main Line at the expense of smaller communities.

“We are also in the pretty ridiculous situation where a station to be operated by Scotrail will not be served by their trains.”

“It is extremely concerning that this brand new station is only being offered a limited service by LNER.

“After years of campaigning for Reston station, it is a huge let down to all those involved, and does a disservice to their hard work.

“It is vital that those in Berwickshire feed into the consultation to make their views heard.

“We need to see vital high-speed services at Berwick maintained, whilst simultaneously providing the expected level of regular services at Reston.

“I have urged the Scottish Government to do all they can. Given the cost of Scotrail to the taxpayer, the SNP need to play their part in the improvement of connectivity out with the Central Belt.

“I will continue to work with John Lamont MP to ensure that Reston station is properly serviced with reliable and frequent trains”.

“I am very concerned about the loss of current and planned services across the South of Scotland and the North of England.

“We do need better connectivity between cities and key transport hubs, but this cannot be at the expense of local or regional services.

“I urge LNER, Scotrail, with the involvement of the UK Government and the Scottish Government, to explore alternatives to these service cuts.”