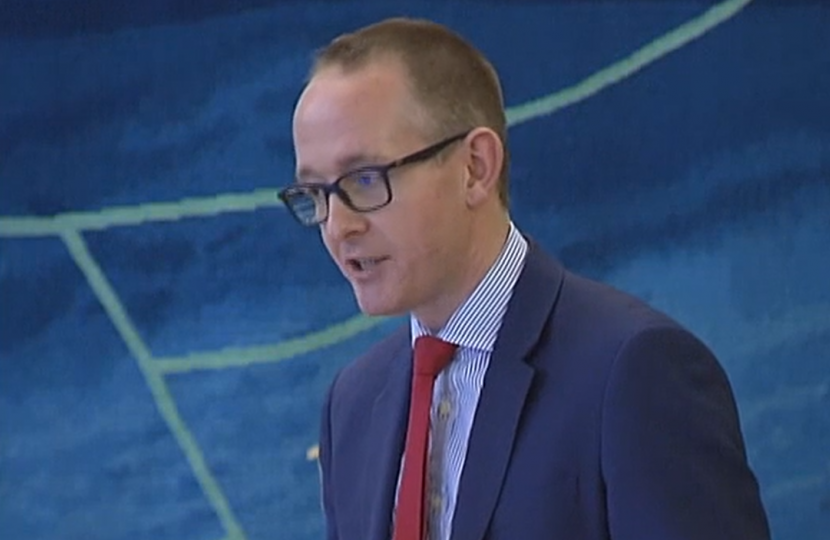 The completion of the Borders Railway would bring ‘huge benefits’ to places like Newcastleton, according to MP, John Lamont.

Mr Lamont held a debate last week in Parliament on the importance of the Union Connectivity Review and how extending the Borders Railway could be transformative for communities.

Plans to complete the Borders Railway could see the line extended from its current terminus in Tweedbank all the way to Carlisle, via Hawick and Newcastleton.

The Union Connectivity Review, established by the Prime Minister last year, and independently led by Sir Peter Hendy, is investigating how cross-border transport links across the UK can be improved.

During the debate, the Borders MP said, ‘for the communities I represent, access northwards into the central belt, particularly the economic and cultural centres of Edinburgh and Glasgow, is of huge importance, but so too are links south into England and west into Dumfries and Galloway.”

He went on to say that ‘around Hawick and Newcastleton, many residents look to Carlisle as their economic hub.’

As well as highlighting the case for the extension of the Borders Railway, he also raised the issue of the A1 which serves the Eastern Borders.

“All too often the focus of transport initiatives is improving transport links to centres like Glasgow and Edinburgh. Of course, these links are vital, but it leads to areas like Newcastleton being forgotten whose economic centre could be deemed as being in Carlisle.

“The completion of the Borders Railway would link up the village with Hawick and Carlisle, making it easier to access employment opportunities, allow young people to access education and generally make it easier to travel around.

“I held this debate to highlight this very fact. Providing rail links to the nearest towns and cities could be transformational for a village like Newcastleton whose unique position is all too often forgotten.”