MPs to be given a series of crunch votes on Brexit 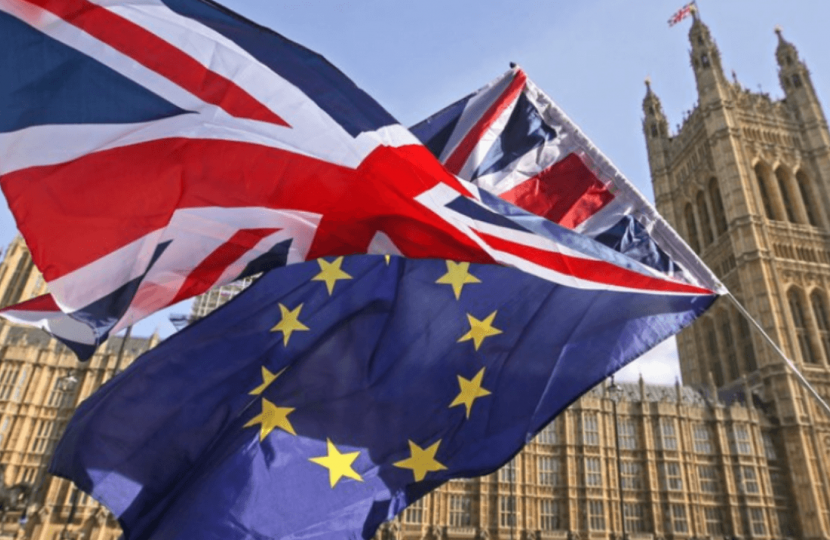 The Prime Minister has announced a series of key votes will take place next month on Brexit.

After negotiations with the EU over changes to the Withdrawal Agreement, MPs will vote on whether to support this amended agreement, by 12th March at the latest.

If this deal is rejected, the following day there will be a vote on whether the UK should leave the EU without a deal.

If this proposition is also rejected, the following day MPs will then vote on whether they want to ask the EU for a limited extension to Article 50, up to June 2019.

The House of Commons rejected the deal as it currently stands in January, with local MP John Lamont voting against the Government.

The news follows an announcement from Labour that they will support a second referendum.

Speaking after the announcement, local MP John Lamont said he remains committed to Brexit and hopes that the Withdrawal Agreement can be amended to win support of the House of Commons.

Commenting, John Lamont MP said: “I was elected on a manifesto to deliver Brexit and I remain committed to respecting the vote of the British people. Voters were promised that their decision in 2016 would be implemented and that is what should happen.

“I do not support Labour and the SNP’s proposal for a second referendum, it does not respect the referendum result.

“The Prime Minister continues her negotiation and has made it clear to the EU that the Withdrawal Agreement needs to change in order to get the deal passed and avoid a No Deal Brexit.

“I will wait to see what these changes are before I come to a conclusion about whether I can support it. However, as I have said before, I have concerns about both a No Deal Brexit and about extending Article 50.

“My priority is getting a Brexit deal which delivers for the Borders and for the whole of the UK. The SNP’s priority is causing as much disruption as they can in an attempt to boost their campaign to leave the UK.”