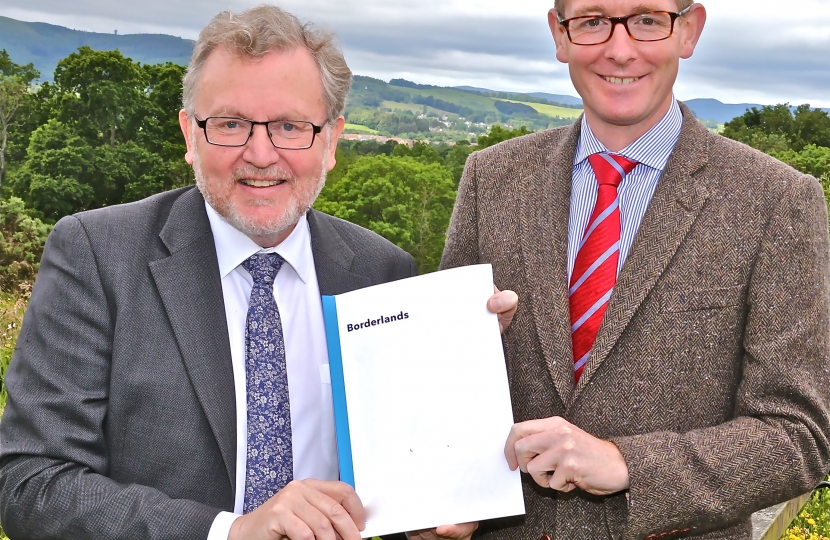 Local MPs, John Lamont and David Mundell have registered their support at Westminster for the Borderlands to become 2025 UK City of Culture.

In a joint formal letter to the Culture minister, they highlighted the distinct culture of the Borderlands, which straddles both sides of the border.

They pointed out that the shared history, the Common Ridings and the natural beauty of the area strengthens the bid.

To be the selected, the area, which comprises of the Scottish Borders, Northumberland, Cumbria, Carlisle and Dumfries and Galloway, must prove that it can put culture at the heart of plans to recover from the impact of the Covid-19 pandemic.

The competition, delivered by the UK Government’s Department for Digital, Culture, Media and Sport (DCMS), uses culture as a catalyst for levelling up areas outside London and putting new parts of the UK on the cultural map internationally.

For the first time, regions and groups of towns have been encouraged to apply, allowing the Borderlands and other areas like Cornwall to make an application.

A decision on who makes the long list of bidders is expected soon. For the first time, DCMS are awarding grants of £40,000 to successful longlisted applicants.

“David and I want to do all we can to support this bid which, if successful, would be truly transformational for the Borders and across the Borderlands.

“We have idyllic fishing villages like St Abbs in Berwickshire, to the stunning scenery of the Lake District. There is a rich history with the Romans at Hadrian’s Wall and our Common Ridings which are so important to local people.

“It would be a real boon for the Borders if we could be part of a successful UK City of Culture bid. I’m keeping my fingers crossed for the longlist decision in the coming days.”

“The worldwide focus, investment and special events that come with the title would bring many new visitors to the area and potentially significant economic benefits locally, strengthening recovery from the pandemic.

"Whilst the Borderlands area is largely rural, we have a combined population matching that of a substantial city and many shared characteristics and needs, economic and cultural, on both sides of the border. It has a strong case for being considered for such status."

John Lamont MP recently participated in a Westminster Hall debate in Parliament about maintaining access to cash, highlighting the closures of the TSB Banks in Hawick and Kelso, and the planned closure of Virgin Money in Galashiels.