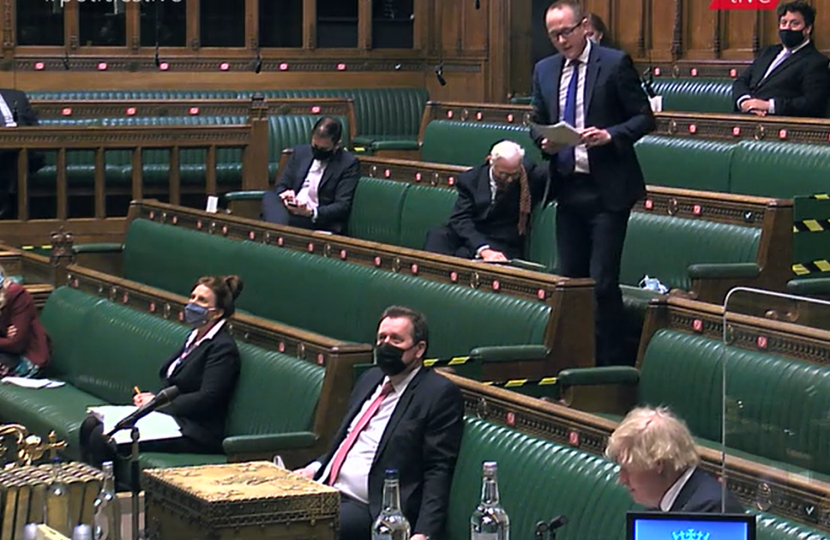 A Borders MP has raised the issue of research funding for Motor Neurone Disease at the highest levels of government.

John Lamont raised the issue at Prime Minister’s Questions on Wednesday asking him to join the campaign to invest £50m over the next five years to establish a virtual MND research institute.

During PMQs, Mr Lamont praised the campaigning of Scottish rugby legend and Borderer, Doddie Weir and his foundation which is raising money for research into the disease.

In response, the Prime Minister praised the ‘excellent work’ of the My Name’5 Doddie Foundation and Mr Lamont for ‘championing’ research into MND.

He also said that the UK Government has spent £54m over the last few years and are looking at ways to ‘significantly boost’ research in the future.

The Prime Minister recently threw his support behind the Doddie Active Inter-District challenge which ran through January and raised over £1m.

“As well as being a much loved sporting legend in Scotland, Doddie Weir has been an excellent campaigner and voice for those living with MND.

“His selfless work has been vital in raising awareness and generating millions of pounds for such a great cause.

“Sadly, there is not yet enough research into this incurable disease and it is vital that governments, the research community and charities work together in the hope that we can one day find a cure.”

“We are encouraged to hear the Prime Minister confirm his government is looking to significantly increase funding for MND research and we'd like to thank John Lamont, Doddie's constituency MP, for raising this important issue during today's PMQs.

"We have been working closely with other stakeholders in the motor neurone disease community to secure government support for a UK MND Research Institute and our parliamentary petition, in Doddie's name, has attracted 32,000 signatures in the last 36 hours."

"I'd like to thank the Prime Minister and John Lamont MP for recognising the work of Doddie and My Name'5 Doddie Foundation - we remain committed to working towards our vision of a world free of MND."