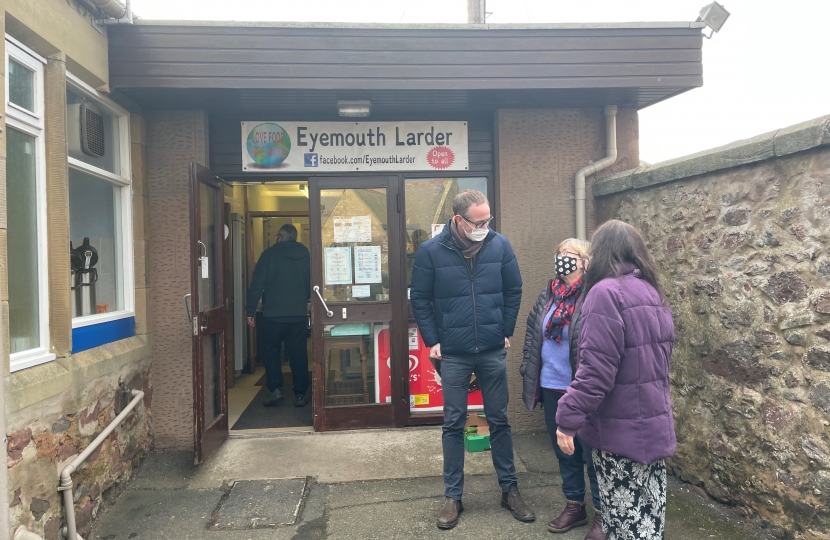 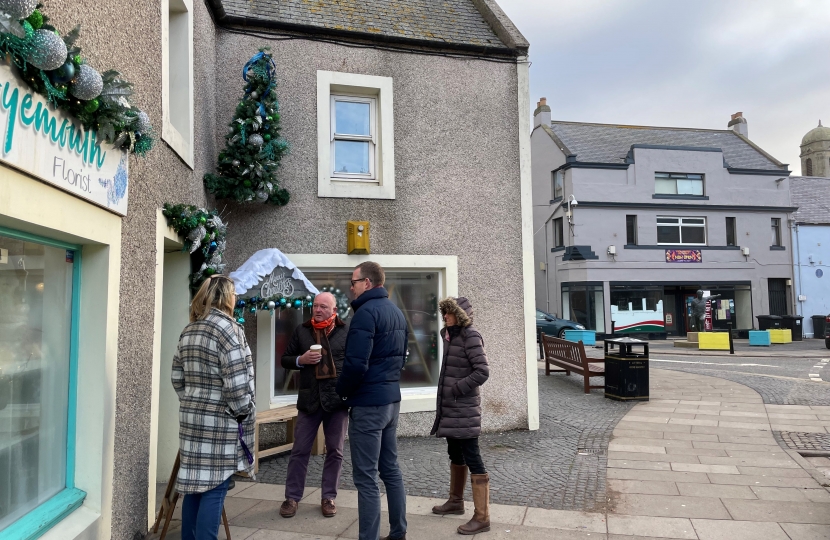 In Eyemouth, the politicians saw the devastation caused by the high winds. They spoke with the Jemma Landels of Eyemouth Resilience Team and visited the Eyemouth Larder and volunteers at Eyemouth Community Centre.

Mr Lamont has been liaising with Scottish Power Energy Networks on a regular basis on behalf of constituents as well as raising issues directly with the Energy Minister, Greg Hands MP, and during a statement on Storm Arwen in the House of Commons with the Business Secretary, Kwasi Kwarteng MP.

“I have been inundated with emails and messages from local residents who have been badly hit by Storm Arwen. Right across the Borders there have been long power outages and significant damage to property.

“When I visited Eyemouth, the damage was clear to see with roof tiles strewn everywhere, smashed windows and broken chimneys.

“I have been heartened by the community spirit shown right across the Borders with people looking after each other during a very difficult time.

“The engineers and council employees have done a great job of getting the lights back on and the roads back open.

“However, I know lots of people and communities have concerns about the response if this were to happen again. It is vital that all levels of government, as well as the utility companies learn from what has been a terrible ordeal for many people.”

“In many parts of Berwickshire we were without power for a number of days.

“This is really difficult for households and for businesses in the area.

“Community groups like the Eyemouth Larder and the Reston & Auchencrow Community Larder have been doing sterling work in ensuring people have food and that there is no food waste when shops like the Co-op have been forced to close.

“My thanks to the team at Scottish Borders Council who sprung into action with a dedicated phone number for those in need. This led to hot food stations being set up across the Borders, as well as work in difficult conditions to make sure roads were clear and buildings were safe.

“There is a long winter ahead but it is clear that our local communities are resilient in the face of adversity.”