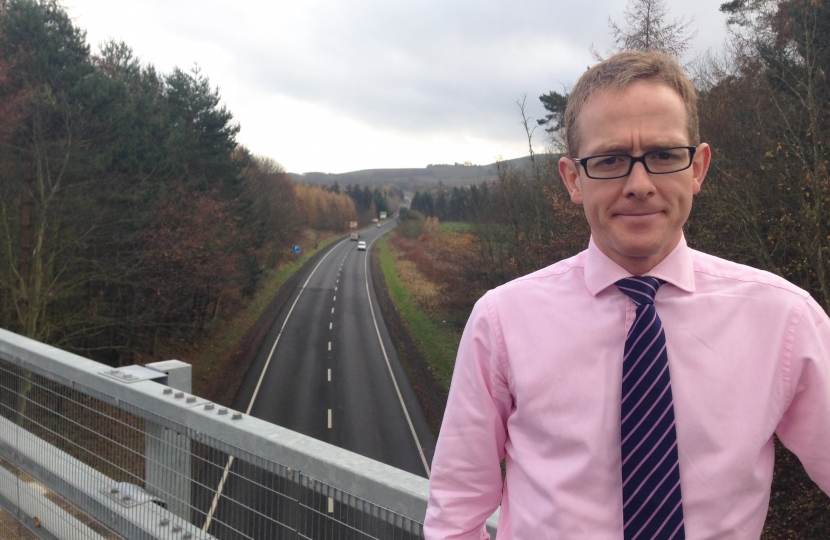 The independent Union Connectivity Review, chaired by Sir Peter Hendy, is examining potential cross-border transport routes across the UK. Potential projects to be examined include the completion of the Borders Railway and improvements to the A1

Last year, John Lamont MP, wrote to community organisations to urge them to engage with the review.

Organisations such as the Campaign for Borders Rail and several community councils have submitted evidence in support of more cross-border transport links.

Mr Lamont also encouraged cross party local politicians to show their support for the review. He received support from Conservative, Liberal Democrat and a number of Independent councillors.

However, no support has come from SNP politicians.

“The Union Connectivity Review is striving to improve cross-border transport links. This is an independent review and I am pleased to see local Borders communities engaging with it to promote our transport links.

“Projects such as the extension of the Borders Railway to Carlisle via Hawick/Newcastleton and improving safety and efficiency on the A1 are vital to help realise the economic potential of our area.

“It is disappointing that this does not have cross party support in the Borders given the potential benefits to our area. I urge SNP politicians from across the Borders to think again, to put party politics aside and get behind these transport links.”

“The success of the Borders Railway has come in many different forms. Extending it would ensure that these successes are spread further and even more Borderers benefit.

“This would create opportunities for the Scottish Borders economy, and encourage more people to move here and become part of our community.

“Scottish Borders Council remains fully committed and supportive of the case for a potential extension of the line to Hawick, Newcastleton and onto Carlisle.

“It is important that both the UK and Scottish Governments work together on this project to ensure it delivers for the Borders.”