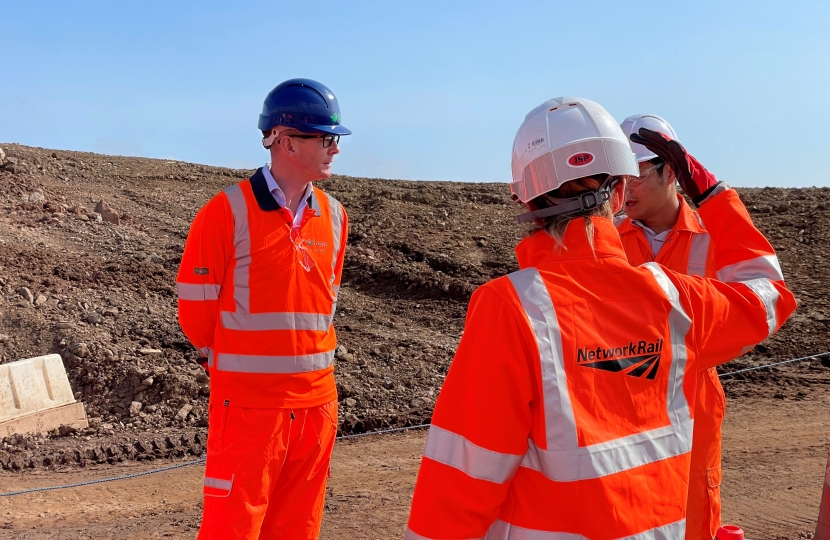 Controversial changes to the East Coast Main Line timetable have been delayed after a backlash, including from campaigners for the new Reston station.

The changes would have seen only 4 services per day in each direction at Reston, and services at Berwick slashed to just every other hour.

However, local campaigners and politicians who were distraught at such a low number of services on offer told the rail companies to think again.

After the backlash to the consultation on the new timetable, LNER and other operators have decided to postpone the timetable change. One of the key reasons for doing so is because ‘responses received to the public timetable consultation may enable a change to the service specification’.

In the letter to stakeholders, LNER said that ‘we will also introduce our inaugural Reston services – as soon as that new station is ready’.

“We are over the moon that our persistent campaigning on this issue has led to a rethink.

“I, and many other concerned local residents, responded to the consultation in no uncertain terms that the proposed timetable was just not acceptable.

“I also met with the UK rail minister on a number of occasions making it clear that our local community should not be cast aside just to achieve quicker travel times between the larger transport hubs.

“This is a win for local people, and I look forward to seeing the revised timetable proposals in due course.”

“I am glad that our campaigning has paid off, and that the controversial timetable will not be implemented in May 2022.

“I want to thank constituents who contributed to the consultation, demonstrating that the timetable was not fit-for-purpose.

“In my submission to the consultation, I made it clear that local communities in Berwickshire, such as Reston, should not be at a disadvantage because of faster inter-city services.

“The revised timetable must take into account the views of my constituents, and I will continue to monitor this issue going forward”.