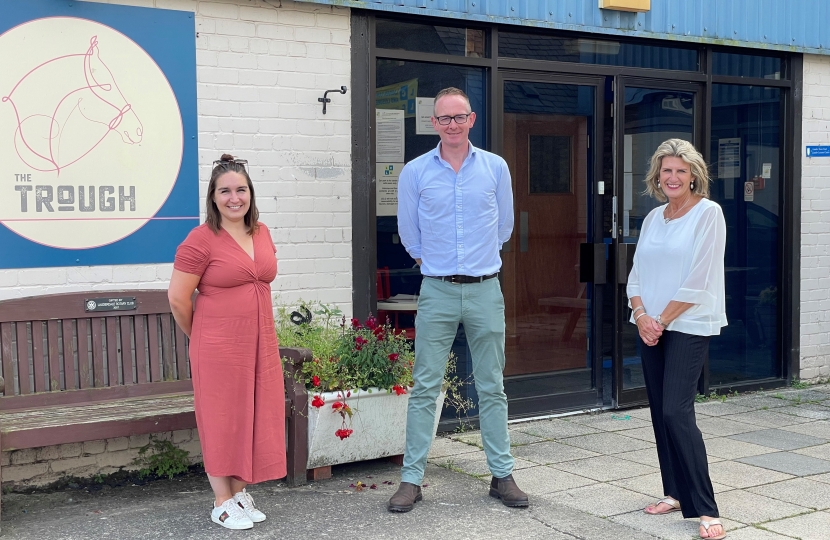 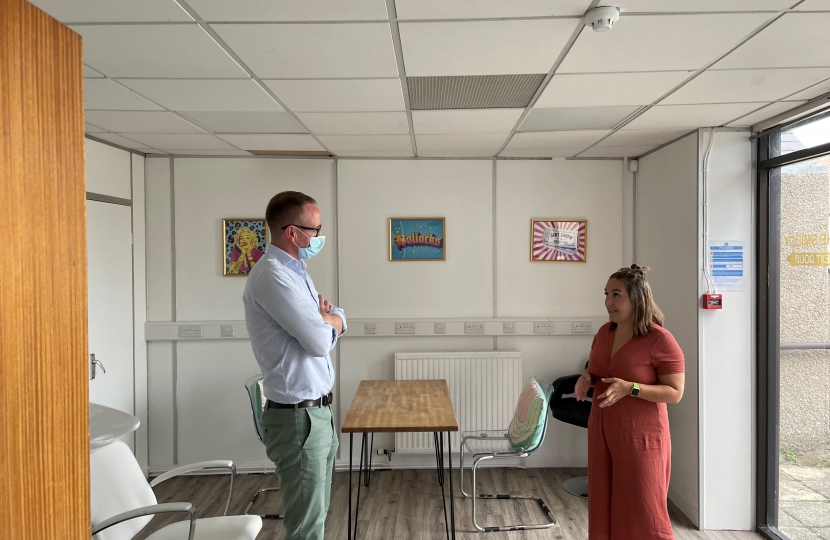 Lauder Community and Leisure Centre is looking to secure the funds to complete a major overhaul of their premises on East High Street.

Leigh Hogg, Chair of the Board of Trustees, met with local MP John Lamont to discuss the group’s plans for the centre.

The refurbishment would provide enhanced sporting facilities for the community but it also would see a community nursery established, providing childcare for those living in Lauder and the surrounding communities. It would also upgrade the building to ensure it was compliant with all necessary regulations.

It is intended that there would be funded nursery places available for local families, as well paid places.

The cost of the works would be around £2m and the board are currently seeking possible avenues of funding, with some of the final total already secured.

The current building hosts a number of different services, including a café, gym, foodbank and the Lauder Men’s Shed.

The Trough café went through an extensive refurbishment during the pandemic and reopened as a community cafe - which is about to see the addition of a soft play thanks to funding secured by the centre. It also sees a new food truck vendor serve the community on Fridays between 12-8.

The gym at the leisure centre was upgraded to host a variety of new equipment for every fitness discipline and is working towards being accessible 24/7.

The leisure centre supports two not-for-profit organisations. Both the Lauder Larder and Lauder Community Men’s Shed have free rent of the premises so that the centre can benefit from the other services these organisations offer.

The Byre was also recently redeveloped to be able to host mobile hairdressers, barbers and therapists who were unable to work without premises during the pandemic.

“I attended the community centre’s recent AGM and was glad to come back again to see around the full building. The team behind this project are really enthusiastic and it's great to see the community spirit on show.

“I have held local advice surgeries in the community centre before and I know it is a well-used asset for local people.

“These new ambitious plans could be transformational for the local area providing greatly improved sporting facilities. However, the addition of a new nursery will really make a difference to the community. For many young families, the cost of childcare makes working not a viable option.

“There is a long way to go but I think Leigh and her team are dedicated to finding a positive outcome for the centre.

Leigh Hogg, Chair of the Board of Trustees for Lauder Community and Leisure Centre, said:

“Community resilience isn’t just the responsibility of one organisation, it’s about everyone in the community having an active interest in the infrastructure throughout the area whether it directly affects you or not.

“This project isn’t about implementing one service, it’s about securing the many services on offer in Lauder for years to come.”