Lamont re-elected in the Borders 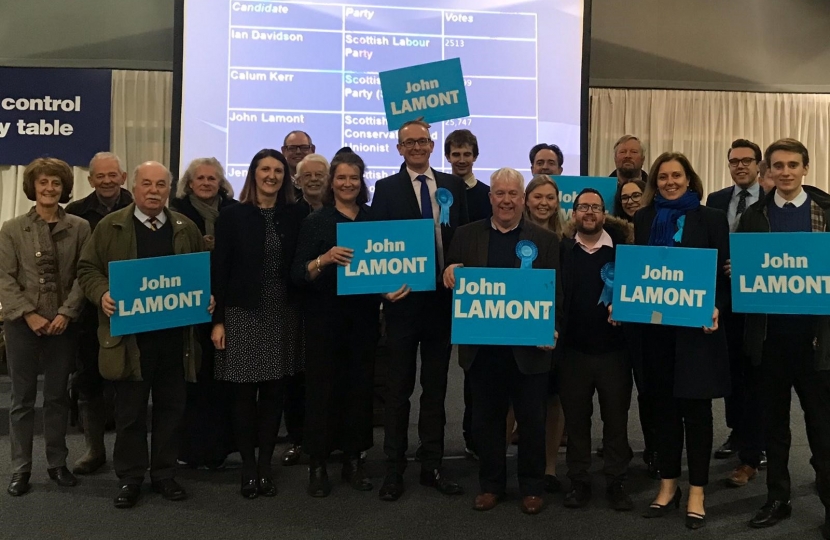 John Lamont MP has commented after being re-elected to Westminster for the Berwickshire, Roxburgh and Selkirk constituency.

Speaking after being re-elected John Lamont MP said: “I am honoured and humbled that the people of the Borders have put their trust in me again. Serving in both Holyrood and Westminster over the last 12 years has been a great privilege but I am never complacent and will never take the voters for granted.”

“I would like to thank the thousands of people who supported me on the day as well as the countless campaign hours put in by volunteers across the constituency. I will not let you down.”

“However, regardless of whether you voted for me or not, I promise to continue to work as hard as I can on behalf of the Borders, always putting local people before party politics.”

“I am looking forward to getting back to serving my constituents and standing up for the Borders in Westminster.”