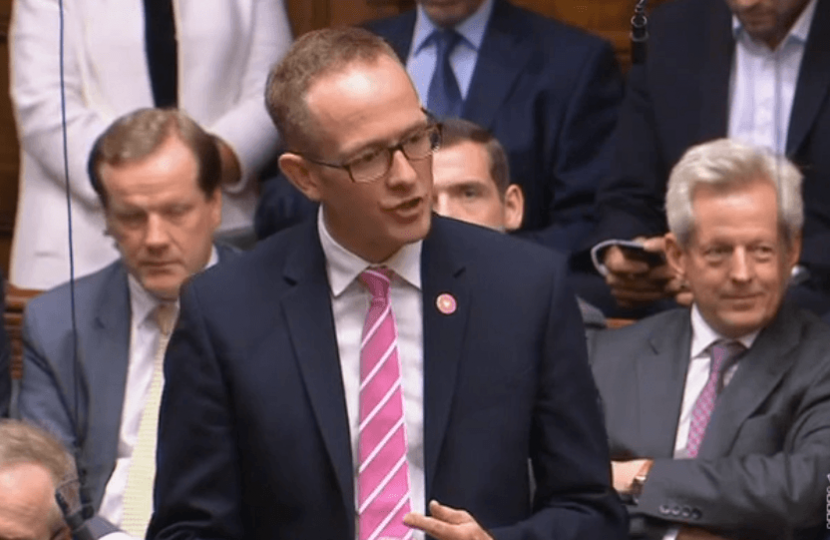 Local MP John Lamont has said he will not support opposition attempts to derail Government negotiations with the EU in a crunch vote expected this evening.

Westminster is set to vote on a Bill sponsored by Labour and SNP MPs which would ask the EU for further extensions to the Brexit negotiations.

The Prime Minister has indicated that if MPs support this move, he will go back to voters by calling a General Election.

Local MP John Lamont has called out SNP and Lib Dem MPs who claim to want to avoid No Deal but are refusing to back any deal negotiated. He has confirmed he will not be backing the Bill today.

John Lamont MP said: “The majority of Borderers are democrats, who respect the result of the UK wide referendum in 2016 and just want Brexit done.

“This Bill is simply an attempt by Corbyn and Sturgeon to take control by the back door and to frustrate our departure from the EU.

“I want the UK to leave the EU with a sensible deal, which is why I twice voted in favour of the only deal on the table.

“This legislation will kill the negotiations stone dead and make achieving a better deal impossible. There will be no reason for the EU to agree to any changes to the current deal. And there is no guarantee that the EU will agree to an extension, meaning negotiations end and we leave on 31st October with No Deal.

“I am increasingly astonished with SNP and Labour MPs who claim to want to avoid No Deal at any cost saying that they will not support any deal negotiated with the EU.

“I will be standing up for democracy and for the majority of my constituents who are sick and tired of Brexit and want the country to move on.”

Brexit is one of the most important decisions that the UK has made and it is important that politicians get it right.

I campaigned and voted for the UK to remain part of the EU. However, I accept the result of the UK wide vote and believe it is the UK Parliament's job to implement this decision, as voters were promised would happen ahead of the vote.