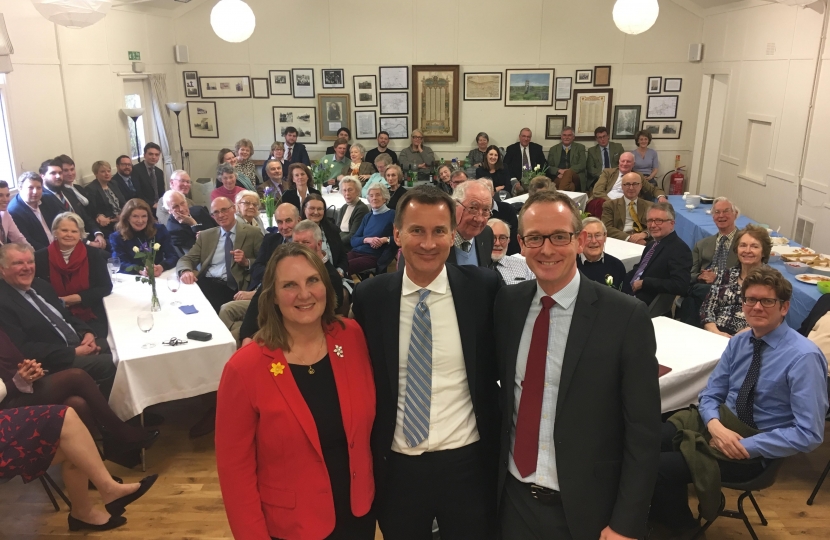 Local MP John Lamont has said he is backing Foreign Secretary Jeremy Hunt MP to be the next leader of the Conservative Party.

The official selection of the next Conservative Party leader will get underway in early June after Theresa May stands down, with a winner expected to be named by late July.

Setting out his approach to Brexit, Jeremy Hunt has said that the only solution was to change the Withdrawal Agreement that has been negotiated, warning that the UK Parliament has made it clear it will not accept a No-Deal Brexit. He has also indicated he would cut taxes in a bid to boost UK businesses and the economy.

Announcing his support, John Lamont MP has said the Foreign Secretary has the right approach to delivering Brexit, and also understands the needs of Scotland.

John Lamont MP said: “During my time as an MP, I have become increasingly impressed with Jeremy Hunt. I believe he is the best candidate to bring our country together, which is why I will be backing him in the forthcoming leadership election.

“On Brexit, the Foreign Secretary is a pragmatist and shares my view. We need to respect the result of the 2016 referendum but leaving with a deal remains the best option. Because the UK Parliament is not going to allow a No-Deal Brexit, we have to go back to the EU, with a sensible proposal to get the Withdrawal Agreement changed and to get this through Parliament.

“Having spoken to the Foreign Secretary at length, it is clear to me that the he understands how devolution works. And he also has radical ideas to strengthen Scotland’s place in the UK and secure Scotland’s voice in the heart of the UK Government. He will bring a fresh and positive approach to how Scotland’s two Governments work together.”