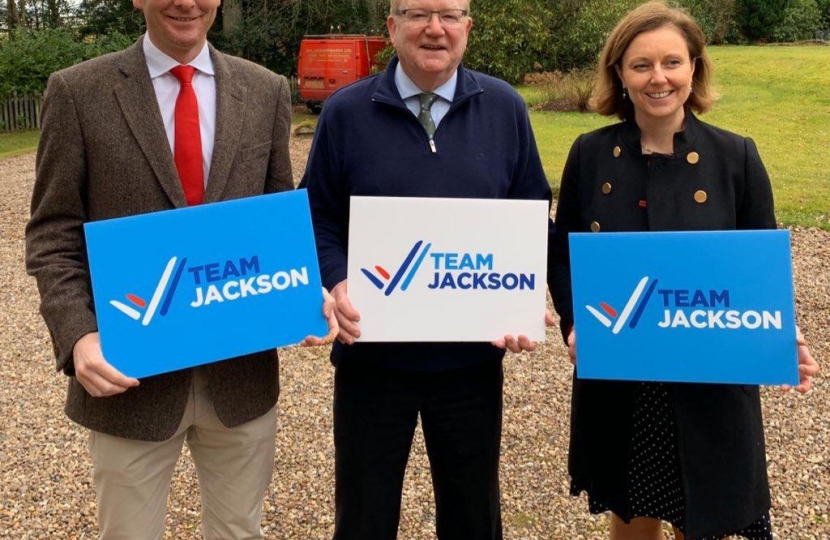 Borders MP, John Lamont, has given his support to Jackson Carlaw MSP, who is standing to be the leader of the Scottish Conservative & Unionist Party.

Jackson is currently the interim leader of the party who took over when Ruth Davidson stood down last year. He also stood in for Ruth whilst she was on maternity leave. Jackson has been an MSP since 2007.

Mr Carlaw visited the Borders last week to speak to Scottish Conservative activists and ask for their support in the upcoming election.

He has committed to a review of existing Scottish Conservative policies and subjecting them to rigorous tests to determine if they should continue to be in the party’s offering to Scotland.

Scottish Conservative party members will shortly begin voting in the leadership election with the result being announced on 14 February.

Commenting John Lamont MP said: “I have known Jackson for a very long time. Jackson and I were both elected to the Scottish Parliament at the same time back in 2007 so I know that he has the ability to challenge Nicola Sturgeon and her SNP Government ahead of the Scottish elections in 2021.

“He also has the experience of being our leader, doing so whilst Ruth Davidson was on maternity leave and since she stepped down as leader. Week in, week out we have all seen how well he can hold Nicola Sturgeon to account in Holyrood.

“Scotland has important elections in 2021 – just 16 months away. We will have a choice between Nicola Sturgeon’s SNP which will continue their obsession with independence or we can elect an alternative government which will focus on our NHS, schools and other critical public services which the SNP have neglected so badly. I believe that Jackson is the best person to bring about the change that Scotland desperately needs.”