Half as many ‘job seekers’ in the Borders compared to 2010 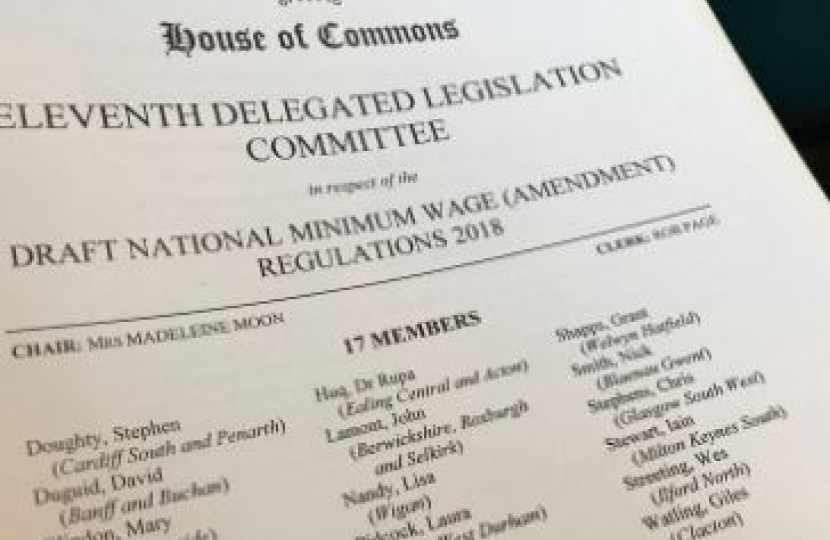 The number of people claiming Job Seekers’ Allowance in Berwickshire, Roxburgh and Selkirk has fallen by nearly 50% since 2010, new figures published today reveal.

Local MP John Lamont has welcomed the news but said that the work must continue to bring high quality, better paid jobs to the Borders. As a member of the Delegated Legislation Committee, John Lamont today voted to increase the national living wage to £7.83 per hour next month.

John Lamont MP said: “These figures are good news for the Borders and show how far the economy has come since 2010. For the number of people claiming job seekers benefits to have halved is a significant achievement. More people with the security of a pay packet and the fulfilment of a job is something to welcome.

“However, the Scottish Borders continue to suffer from low pay and too many people are in work but still struggling.

“That is why people in the Borders are set to benefit from UK Government’s policies like tax cuts for those on low incomes and the wage rises. I was delighted to vote today to increase the national living wage but more needs to be done to improve the pay for everyone and bring better paid jobs to the Borders.

“We have an opportunity to boost the local economy with the Borderlands Growth Deal and one of my priorities for this investment will be to bring well paid jobs to the Borders as quickly as possible.”