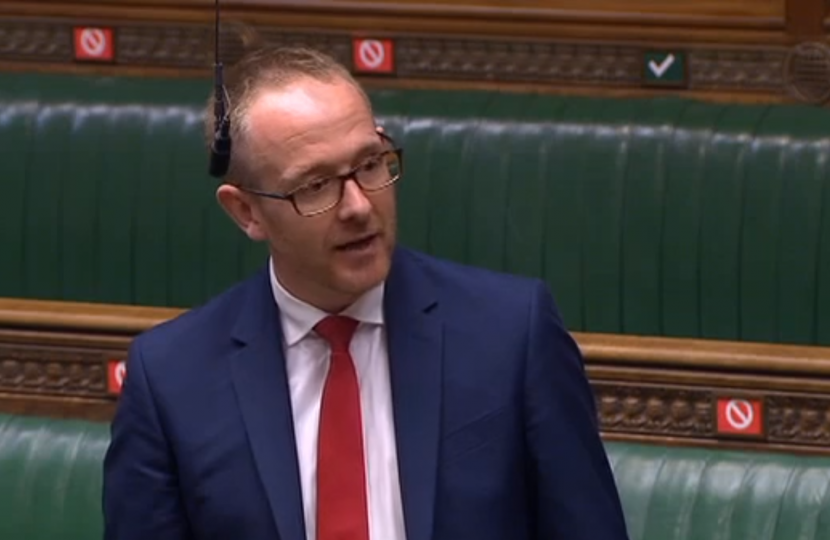 During a debate in the House of Commons led by Borders MP John Lamont, the UK Government yet again confirmed its commitment to upholding food, animal welfare and environmental standards in any future trade deals.

Mr Lamont hit out at misinformation suggesting that the Parliament had recently voted to reduce food standards. During a Scottish Affairs Committee evidence session, NFU Scotland Directory of Policy, Jonnie Hall, later confirmed that no such vote had taken place.

The debate in the House of the Commons on the protection of UK food standards was held by the Borders MP to highlight the opportunities for Scottish farmers and food producers in trade deals with countries such as Japan, Vietnam, Canada and South Africa.

John Lamont was able to highlight that food standards will not be reduced as a result of either us leaving the EU or negotiating trade deals, saying ‘our import standards, which are enshrined in UK law, include a ban on using artificial growth hormones so that means no hormone-injected beef.’ He went on to say, ‘our standards also set out that no product other than potable water is approved for decontaminating poultry carcases, so that means no chlorine- washed chicken’.

Crucially, the European Union (Withdrawal) Act 2018 will transfer all existing EU food safety provisions, including existing import requirements, on to the UK statute book, where they will be enshrined in law.

The debate also highlighted that had a recent amendment to the Agriculture Bill passed, future trade opportunities would have been lost for British farmers and exporters. Trade agreements cannot impose domestic regulations on another country, due to World Trade Organisation rules. However, the country with the higher standards can maintain them, which is what the UK Government is committed to.

After the debate, John Lamont MP said: “It was great to be able to secure this debate and highlight the very high standard of food and drink products produced in the Borders and across Scotland. We are blessed to have such committed producers on our doorstep.

“It is a shame that opposition parties have tried to make political capital out of this very important issue. Let me be clear, this UK Government is entirely committed to upholding our food, environmental and animal welfare standards in all of our trade deals.

“The reality is that if the SNP and others who were supporting these amendments had secured them, it would have effectively blocked those enhanced international trade opportunities for Scottish farmers and many of our other distinctive Scottish industries. An isolationist approach may be what the SNP and others want to advocate but I want Scotland and Britain to take their places as global trading partners where we can sell our top-quality food produce to every corner of the planet.

“I am entirely in agreement with the desire to create a thriving domestic agricultural industry that is not undercut by cheap foreign imports, while maintaining and promoting high animal welfare, environmental and food standards abroad. But the answer is not to pass legislation that would create an extreme blanket protectionist approach and to slam doors in the faces of our exporters. What we need is a robust framework which provides support to primary producers to provide security of food supply, while expanding the global trade opportunities to get high-quality Scottish produce onto kitchen tables in as many countries around the world as possible.”