GERS figures show ‘£12.6bn cost’ of putting up a border at Berwick 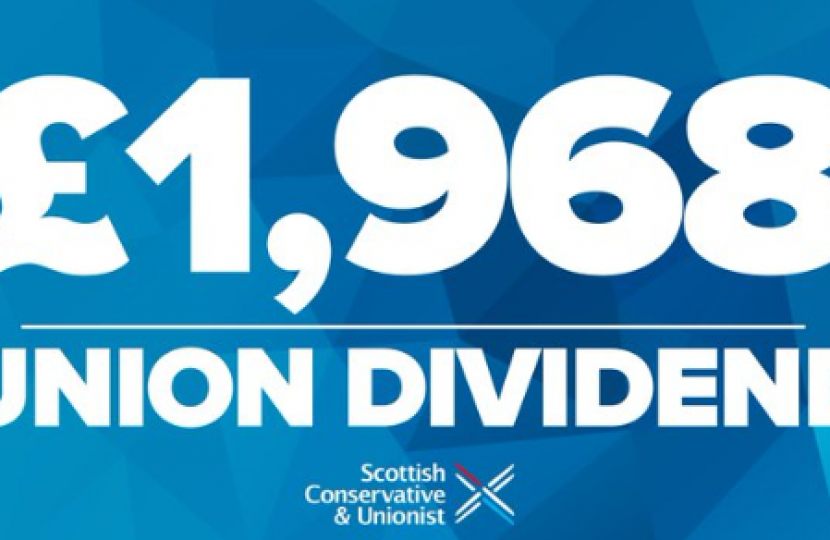 The Scottish Government’s own figures show the stark cost to Scotland of putting up a border at Berwick.

Described as “the authoritative publication on Scotland’s public finances” by the SNP, the Scottish Government’s expenditure and revenue statistics (GERS) confirm that Scottish public spending last year was £75.3 bn, despite only £62.7bn in taxes being raised.

This is a record gap between tax receipts and public spending in Scotland and means that being part of the United Kingdom is worth nearly £2,000 to every man, woman and child in Scotland.

The figures also show that if Scotland was to leave the UK, it would be faced with a national deficit of £12.6bn before the effect on the economy of leaving a market worth to Scotland four times that of the EU is even taken in to account.

Local politicians have said the figures starkly show the damage which would be caused to Scotland from leaving the UK.

John Lamont MP said: “These figures show the reality of what would happen to Scotland if the SNP ever got their way and broke up Britain.

“Before even taking in to account the damage caused by leaving a market four times than the EU, we would be faced with a £12.6bn black hole in our public finances. The Borders would be especially hard hit because unrestricted trade and movement of people across the Border would end.

“The SNP simply can’t claim that Brexit will be a disaster for Scotland but brush off these figures. They show that Brexit will look like a walk in the park compared to the impact on businesses, pay and public services of leaving the UK.

“We’ve also seen billions of pounds of additional investment in Scotland in just the last few months and that is all thanks to the strength of our United Kingdom.

“That is why I will continue to oppose another independence referendum and the SNP in their obsession to leave the United Kingdom.”