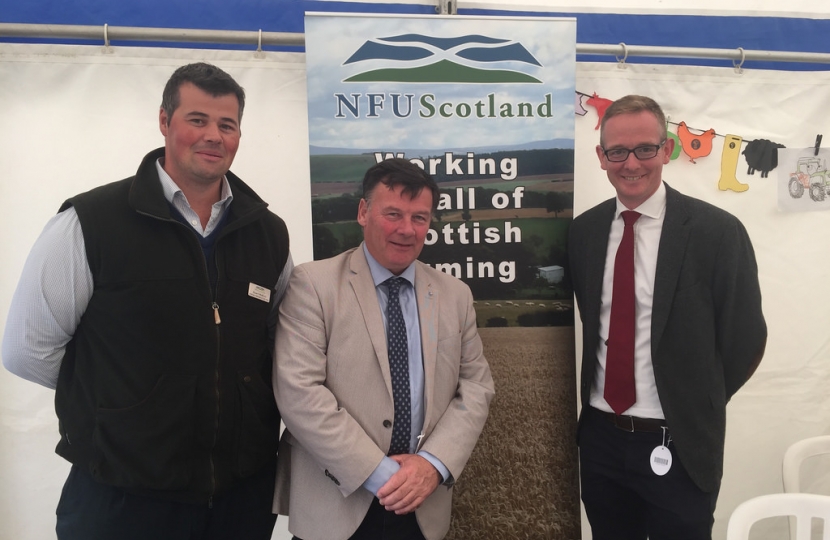 Farmers in the Borders continue to be frustrated as many are still waiting for CAP payments, 8 months after they were due to receive them.

This was the clear message from another popular Border Union Agricultural Show, local MSP John Lamont has said.

During the show, John spoke to many local residents, had a ride in a rally car and met with representatives from NFU Scotland, the Federation of Small Businesses and the Scottish Borders Business Forum.

John Lamont MSP said: “This was another hugely successful Border Union Agricultural Show and it was great to speak to so many people during the two days.

“As always there was plenty to see and do and in between speaking to my constituents and local organisations, I even managed to fit in a quick spin in a rally car.

“What I heard time and time again from farmers was that they remain frustrated at the lack of progress on their CAP payments. This was the message repeated by NFU Scotland when I met with them.

“Farmers in the Borders are due over £50 million in funding, which they usually receive in December and this delay is harming their businesses and other local businesses which rely on the agricultural sector. With applications for next year due to open soon, there is real and justified concern that this problem is just going to get worse.

John added: “Now that the UK has voted to leave the EU, it is likely that any replacement farming support system will continue to be administered by the Scottish Government. After the complete fiasco with last year’s payments, many are questioning whether the SNP are up to the job.”