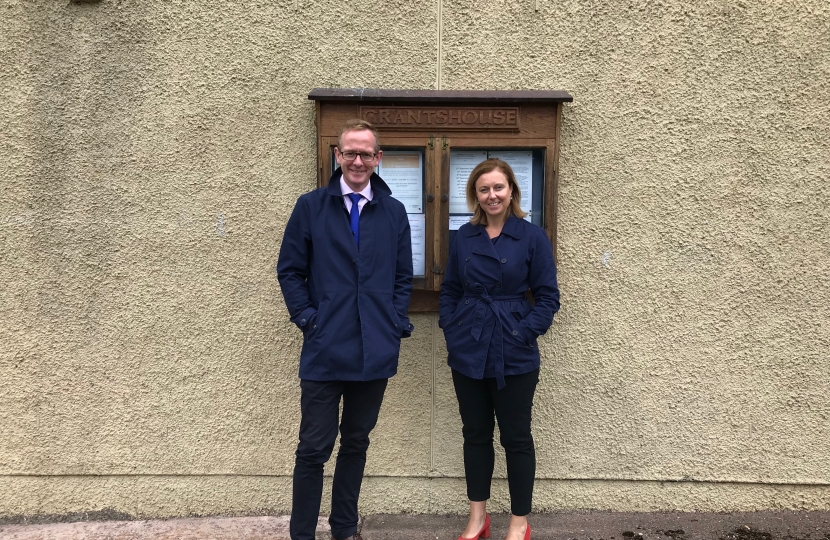 Borders politicians are urging the Scottish Government to work collaboratively with the UK Government on developing a ‘track and trace’ Covid-19 app.

A test version of the UK Government’s coronavirus contact-tracing app has been published and is currently being trialled on the Isle of Wight.

Both local politicians, John Lamont MP and Rachael Hamilton MSP believe that the contact tracing approach in Scotland and England must be broadly similar so that the app works seamlessly when travelling over the border.

The data provided to the app must be effective and consistent across Scotland and England, as some 1,678 people travel to England for work every day from the Scottish Borders.

In a recent Scottish Government publication, there was some doubt cast over whether the UK-led app would work with the differing approaches to contact tracing in Scotland.

Mr Lamont and Mrs Hamilton are concerned a ‘Scotland-only’ app would prevent Borderers from travelling to work or visiting close relatives over the border.

‘The use of an app to ‘track and trace’ the infection will be a fantastic new development, meaning we can transition to the first phase of easing lockdown.

‘If the Scottish Government develop an app designed only for usage in Scotland, a potential scenario could arise where people will not be able cross the border into England and vice-versa.

‘An essential worker commuting to Berwick from Kelso or a person delivering shopping to a shielding relative in Wooler, for example, may not be able to do so.

‘A four-nation approach is what is needed to tackle this virus; mixed messages add to the confusion amongst the public and people start to push the boundaries.

‘I am really glad to see innovative ideas such as the contact tracing app being considered. No stone should be left unturned in the pursuit of a return to some sense of normality.

‘However, to work properly it would appear to me that any app would need to be Britain-wide. Any Scotland only app would risk problems for those of us who live in the Borders.

‘I know for a fact that many people in Berwickshire use supermarkets in England. Schools across the Borders have a number of pupils who live in England attending. It is not uncommon for people living in places such as Newcastleton to work in Carlisle as well.

‘This virus does not respect borders. We should do all we can to make sure this app is as robust as possible and this means taking account of our open border’.