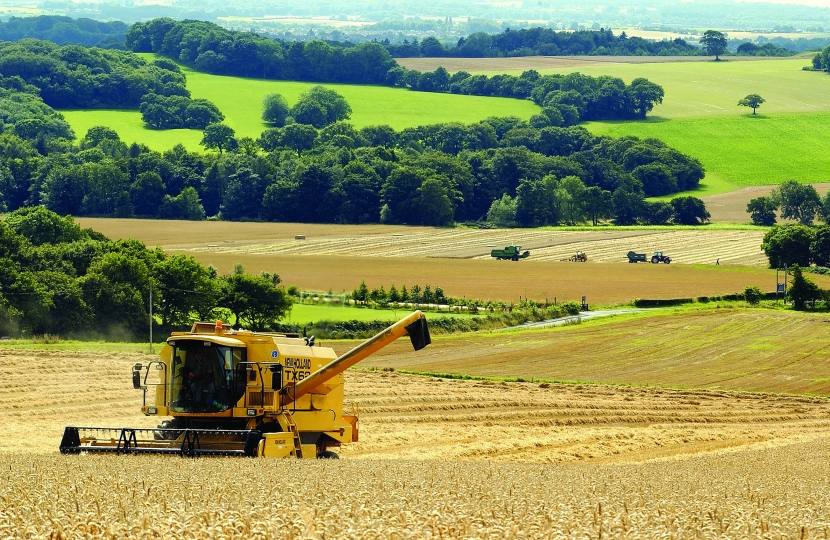 New figures show that the cost rural theft in Scotland has risen by 62% in a year.

The 2019 Rural Crime Report figures are based on insurance claims from leading rural insurer NFU Mutual. They also shows that claims have risen by 12% to £50m across the UK, a seven-year high.

The news comes after the formation of a new organisations Scottish Partnership Against Rural Crime (SPARC), launched this year to tackle the increasing problem of rural crime.

The group involves NFU Scotland, NFU Mutual, Scottish Land and Estates, and Police Scotland and will seek to combat rural crime, such as livestock offences, fly-tipping and theft of agricultural vehicles, forestry machinery and quads bikes.

Local MP John Lamont recently met the SPARC team at the Border Union Show and will be joining the team for a site visit soon.

John Lamont MP said: “I’ve noticed an increase in casework around rural crime in recent years and a number of my constituents have been in touch about theft from farms in particular.

“These figures just show that this is becoming an increasing problem as organised criminals are targeting high value farm equipment.

“Rural crime is a blight on those who live and work in areas like the Borders and this is a trend which needs to be reversed.

“It is positive that SPARC has been set up to tackle this issue and I look forward to a visit with the team to see what steps are being taken locally in the near future. I’d also encourage everyone to do their bit to tackle this issue by keeping a look out and reporting anything suspicious to 101.”

Chairman of NFU Scotland’s Legal and Technical Committee, Jamie Smart, said: “All aspects of rural crime remain a blight on those who live and work in Scotland’s countryside.

“The long list of rural crimes being committed on a weekly, if not daily basis, extends to vehicle and machinery theft, fly tipping, livestock worrying, livestock rustling, hare coursing, metal and fuel theft, arson and vandalism.  The impact of crime, and the threat posed by criminal activity takes a huge toll on the health of those who live in rural areas.

“Huge strides are being taken to address rural crime in Scotland and the work of the Scottish Partnership Against Rural Crime, of which NFU Scotland is a founding member, is tackling much of this head on.

“Regional SPARC initiatives are now in place across much of Scotland and regular farm-based meetings involving Police Scotland and other stakeholders have been held in recent times, providing farmers and crofters with information and tips on how to combat crime at a farm level, keeping property, goods and livestock safe.”