Chancellor gets his ‘ear bent’ ahead of budget 2018 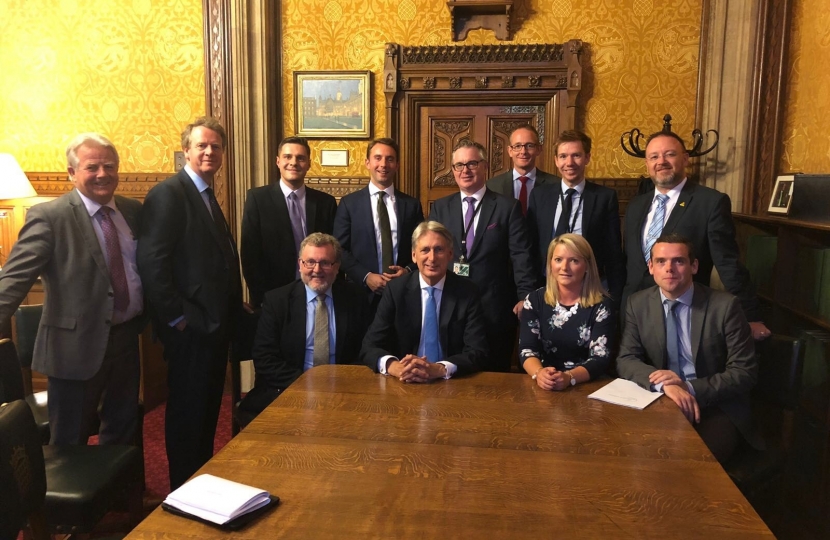 Local MP John Lamont has welcomed news that the UK Government is set to continue the freeze on fuel duty in the upcoming Budget.

The Prime Minister made the announcement last week that fuel duty will be frozen for the ninth year in a row. Due to inflation, fuel duty has decreased in real terms since the freeze began and means around £9bn a year is staying in the pockets of motorists rather than going to the Treasury.

The Chancellor was rumoured to be considering ending the freeze, but has instead acknowledged “the significant burden on motorists” of high fuel costs.

A freeze was one of the key asks for the Scottish Conservative group of MPs who met with the Chancellor last month. In rural areas like the Scottish Borders, many people rely on their cars to get to work each day and fuel costs are putting pressure on household budgets.

The freeze has saved drivers and businesses across the Borders an average of £850 since 2010.

John Lamont MP said: “This is hugely welcome news for families and businesses across the Borders.

“Petrol prices in the Borders are already far too high and increasing duty would only have made the situation worse.

“A continued duty freeze will make a real difference for people who rely on their cars to get to work, or to run their business every day. It means £9bn is staying in people’s pockets instead of going to the Treasury.

“I am pleased that the Chancellor has withstood the pressure to increase fuel duty. This move shows that the UK Government is on the side of hard-working families.”