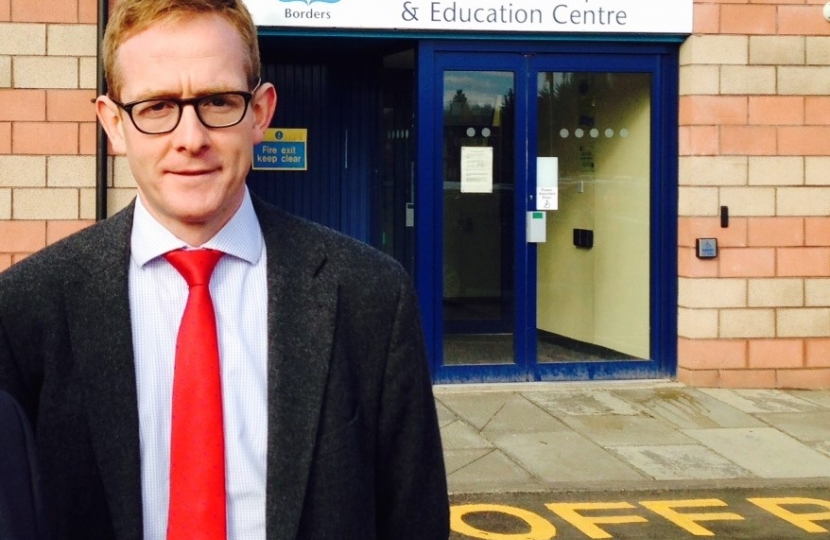 NHS Borders may be receiving a lifeline thanks to new funding from the UK Government.

The health board has recently announced it is facing a £13.8m deficit, despite receiving bailouts from the Scottish Government the past two years.

However the new Prime Minister has just announced an extra £1.8 billion will be spent on the NHS in England this year. The devolution settlement means Scotland receives a funding boost of £180 million, which can be spent as Scottish Ministers see fit.

This extra NHS funding is on top of Theresa May’s previously announced £33.9 billion annual increase for the health service, which will be in place by 2023/24.

New NHS Borders Chair Karen Hamilton has said that the health board has to make “a lot of significant savings” admitting that this will be a “challenge.”

Local MP John Lamont, who has consistently called for more funding for NHS Borders has said that this new money must be used by the Scottish Government to put the health board on a sustainable footing.

John Lamont MP said: “Over the past few years NHS Borders have been working incredibly hard to bring their financial situation under control. However, they still required a £10m bailout last year and another £9m this year. This is clearly not sustainable and shows our doctors and nurses are simply not getting the funding they need from the Scottish Government.

“This extra £180 million from the UK Government must not be wasted and the SNP need to commit to spending it on Scotland’s struggling NHS.

“Rural health boards like NHS Borders face unique challenges in the cost of delivering health care and attracting staff and I’d expect them to receive the lion’s share of this funding.

“Without a fair funding settlement from the Scottish Government, I cannot see how NHS Borders will be able to protect frontline services in the future.”