Business Secretary to meet with mills over punitive US tariffs 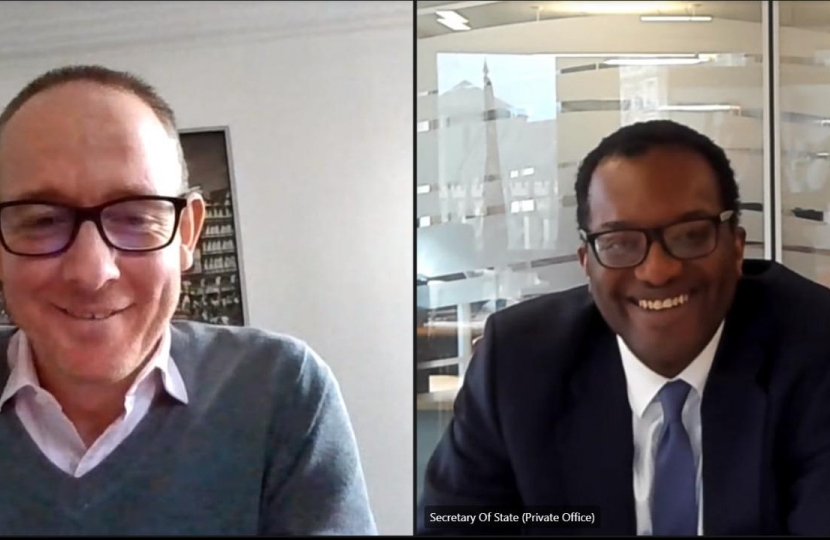 The Business Secretary, Kwasi Kwarteng, has agreed to meet with representatives of the textiles industry in Hawick regarding tariffs on cashmere products.

Since October 2019, a 25% export tax has been placed on cashmere products made in the UK, by the United States Government. It is part of a long running trade dispute between the US and EU over subsidies for aeroplane manufacturers.

Hawick’s MP, John Lamont, pressed the UK Government on the issue this week in the House of Commons. He also asked if a minister from the Business, Energy and Industrial Strategy department would meet with representatives of the textile industry from Hawick.

John Lamont has previously pushed the Secretary of State for International Trade, Liz Truss, to find a solution with her US counterpart. Last year, he also met with the US Ambassador, Woody Johnson, to highlight the difficulties that Hawick businesses face due to the tariffs.

This week, in response to a Written Question by Mr Lamont, the Department for International Trade said that priorities during their next meeting with their US counterpart will include ‘the swift resolution of trade disputes’.

“This remains a huge issue for textile mills in Hawick and elsewhere in the Borders. Management in several businesses in the town have made it very clear that these punishing tariffs affect sales, and ultimately jobs and investment in Hawick.

“I will continue to push the UK Government to come to a solution with the United States. It is wrong that businesses which are unconnected with the aviation sector continue to be caught up in this trade dispute. I’ve made it very clear that this is just not fair.

“I am glad that the Secretary of State for Business has agreed to meet representatives from the various mills in Hawick and the Borders. It is important that their voices are heard at the very top of government.”