Borders roads on course to be the worst in Scotland 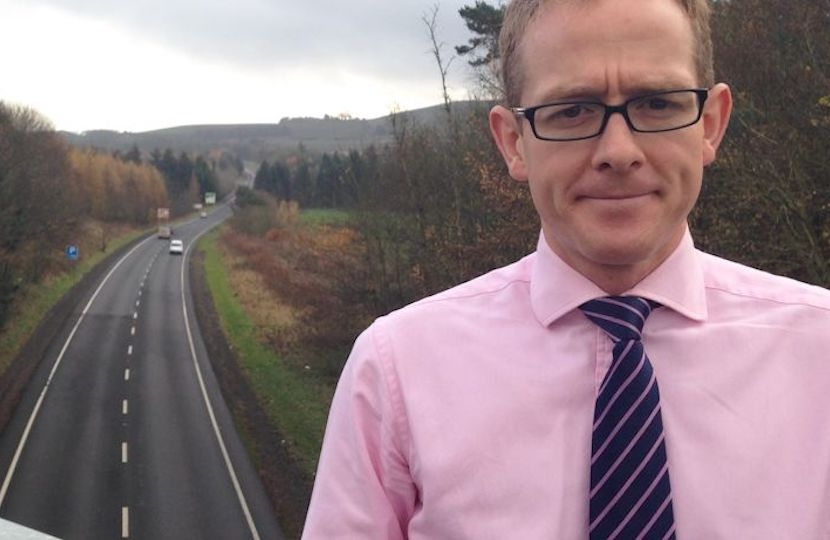 A new report has found that roads in the Borders are set to become the worst in the whole of Scotland.

Figures from Audit Scotland’s “Maintaining Scotland’s Roads” report show that almost a half of roads maintained by the council are in an unacceptable condition.

When measured on how the condition of local roads had changed over time, Scottish Borders Council performed the worst in Scotland. Between 2011/12 and 2014/15 the percentage of council maintained roads in an acceptable condition fell by 9% in the Scottish Borders, the largest drop out of any council.

Analysis by Audit Scotland also concludes that Scottish Borders Council is spending less than half the amount required just to keep the roads in the current condition, meaning there is little chance of improvement.

John Lamont MSP said: “For motorists in the Borders, this report will merely confirm what most already know; that our local roads are in a terrible condition.

“What is particularly concerning to see is that in the past few years, the condition of our roads has plummeted and they are set to get worse.

“Scottish Borders Council is currently spending less than half the amount required just to keep the roads in their current state, meaning without radical changes we are going to have to put up with even more potholes.

“Our roads are fast becoming an embarrassment, putting motorists at risk and, as this report points out, harming local businesses. The current approach of cheaply patching up the worst potholes is simply not sustainable.

John added: “It is time the Scottish Government ended its piecemeal approach to road maintenance and came up with a longer-term strategy. A pothole fund, something my party has repeatedly called for, would be a major step forward in helping councils to finally get our roads up to an acceptable standard.”