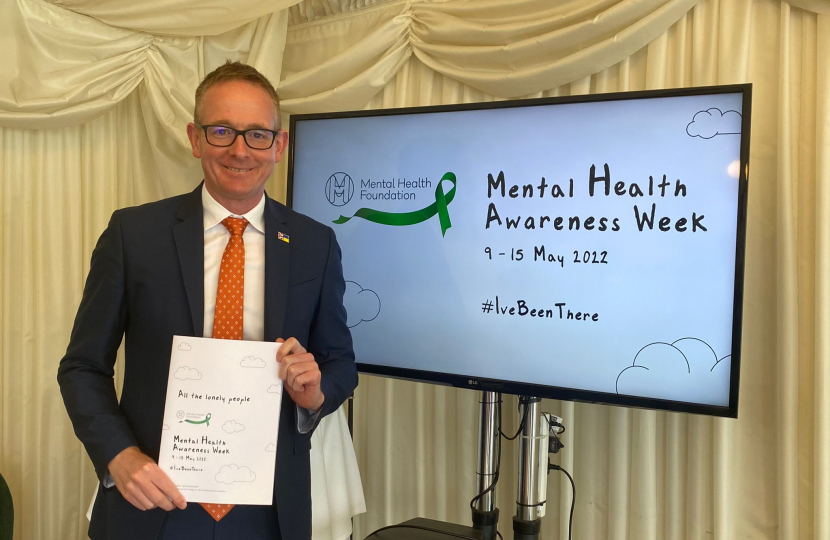 Monday 9th May marked the start of the Mental Health Foundation’s annual Mental Health Awareness Week. The theme this year explores the impact loneliness can have on people’s mental health, and how we can all play a part in reducing loneliness in our communities.

Borders politicians John Lamont MP and Rachael Hamilton MSP have both given their support to the Mental Health Foundation’s campaign against loneliness; an issue that has been exacerbated over the last two years because of the pandemic.

Loneliness is considered an issue that is more prevalent in rural communities such as those across the Borders. Mr Lamont and Mrs Hamilton have sought to highlight this problem and are keen to find ways of addressing it.

I know that events over the last two years have exacerbated the problems our communities have faced with mental health and loneliness.

As we recover from the pandemic, it is important that we address these issues head on. Now that restrictions have been lifted, we can start meeting up with friends and checking in on one another more regularly.

Small things like sending a text to someone you haven’t heard from in a while and remaining open to having genuine conversations around issues like loneliness can make a huge difference to those who might be struggling.

Here in the Borders – especially in more rural areas - it can be difficult for some people to get out and about. It is all the more important to make sure we keep in touch with those who struggle to do so.