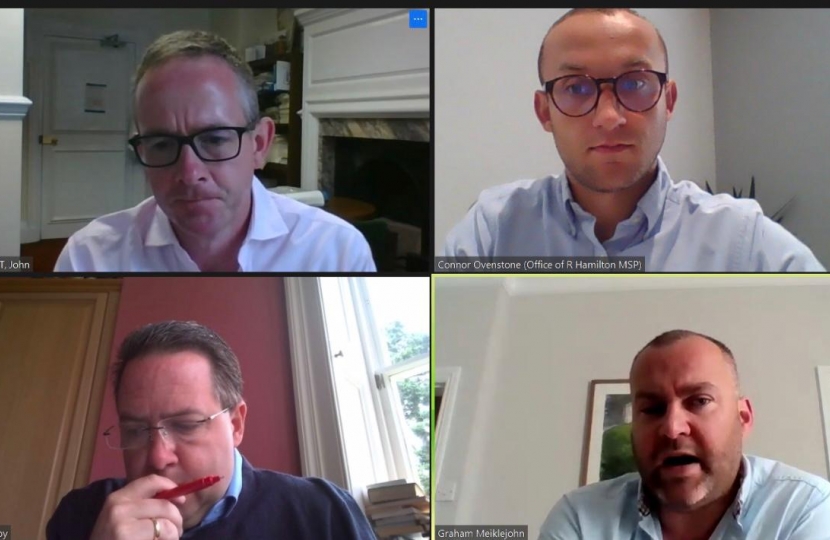 Last week, Borders MP John Lamont was joined by South of Scotland MSP Craig Hoy to meet with TransPennine Express (TPE) regarding the future rail services at the planned Reston and East Linton stations together with the existing services to Dunbar.

Having been involved in the campaign to re-open Reston for over 15 years, Mr Lamont wants to see the number of services at Reston station maximised when the station opens, whilst simultaneously maintaining the fast services north and south from Berwick-upon-Tweed, which are crucial for many Borderers.

After reviewing the current proposals, a number of politicians north and south of the border have expressed their concerns that the expected number of daily services looks to be much lower than anticipated. LNER seems to be prioritising services to and from Newcastle at the expense of other services.

The Borders MP is set to meet LNER in the coming months and has written to the Department for Transport’s Rail Minister, Chris Heaton-Harris MP, to request a meeting to discuss this further.

“The opportunities the re-opening of Reston station will bring to Berwickshire, the Borders and beyond are very exciting. I want to see these maximised.

“It is really important we see regular services at Reston to increase connectivity, whilst maintaining the vital quick trains from Berwick-upon-Tweed which I know are very important to many residents across the region.

“I have been involved in the campaign to re-open Reston Station for many years and it is crucial that we get this right.

“That’s why I will be holding discussions with LNER in the coming weeks and seeking to raise my concerns directly with the UK Government Rail Minister, Chris Heaton- Harris MP.”