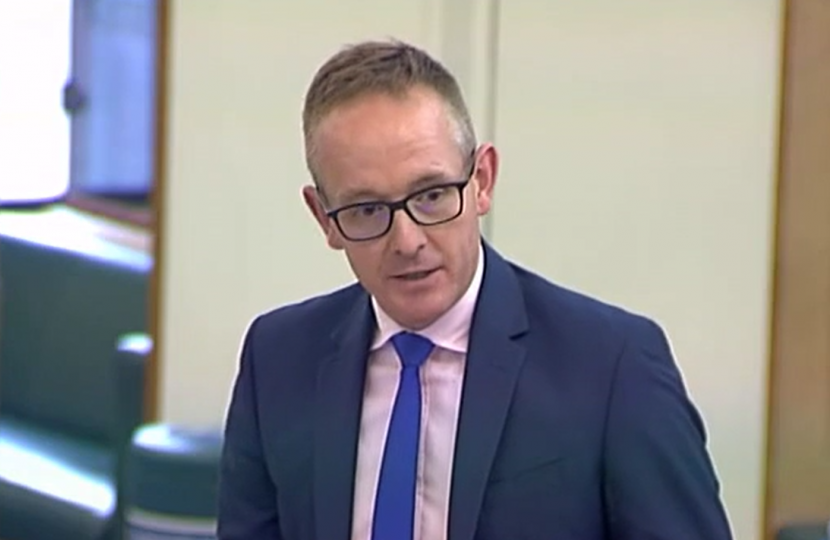 Borders MP, John Lamont, took part in a debate on Motor Neurone Disease in Parliament this week, praising the hard work and dedication of Borderer Doddie Weir and the My Name’5 Doddie Foundation in raising awareness about this terrible disease.

The debate was triggered after the e-petition named ‘Increase funding for urgent research into devastating motor neurone disease’ reached over 100,000 signatures, making it eligible for debate.

The petition was launched by the My Name’5 Doddie Foundation and was supported by a number of other MND charities from across the UK such as MND Scotland and the MND Association.

Due to local campaigning by Doddie and his foundation, the Borders had the second highest number of signatories in the UK, with 599 in total.

During the debate Mr Lamont paid tribute to Doddie Weir, saying that ‘the way in which Doddie is driven to champion fellow sufferers and research into this devastating and currently incurable disease is both admirable and inspiring.’

Minister for Social Care, Helen Whately MP, who responded on behalf of the government, also paid tribute to the campaigning of Doddie and his foundation.

“I was proud to see Borderers had come out in force to sign this e-petition on MND, triggering a debate in Parliament. Borderers are proud of Doddie Weir and what he has achieved on and off the pitch. It is fantastic to see their support.

“Motor Neurone Disease affects 1 in 300 people in the UK and is more prevalent than people think. Sadly, 1 in 3 people die within a year of receiving their diagnosis.

“I previously raised the issue of funding for MND research with the Prime Minister a few months ago in the Commons. I thought it was important to do so again after such strong support from the Scottish Borders for this cause.

“It is great that the UK invests so heavily in research into this devastating disease, but we must redouble our efforts to consolidate the work that has been done.”