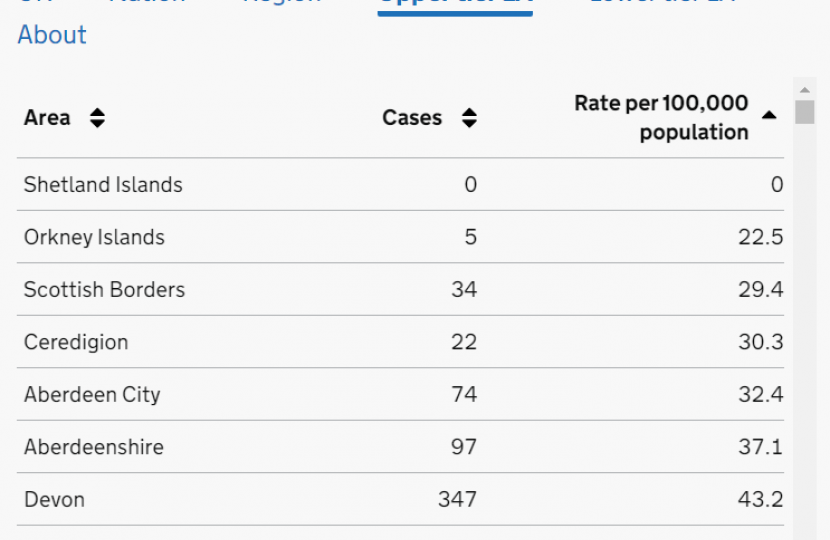 New figures show that the Scottish Borders has the lowest mainland rate of Covid-19 per head of population in the UK.

Figures from the UK Government coronavirus dashboard shows only Shetland and Orkney Islands have lower rates.

The figures are from Sunday 21st February. However, data represented are cases by specimen date and because these are incomplete for the most recent dates due to testing lags, the period represented is the 7 days ending 5 days before Sunday.

“Having the lowest rate of Covid-19 in the entire UK is testament to the sacrifices made by Borderers to drive down the prevalence of this virus. It has only been weeks since the Scottish Borders had one of the worst rates.

“My thanks to everyone who has done what they can to play their part. I know it is not easy for people worried about their jobs and wanting to see their loved ones again.

“However, we cannot let our guard down. To do so now would risk spoiling all the hard work of the previous year.

“The UK has one of the highest rates of vaccinations in the world. So much so that the target date of giving every adult at least one dose has been brought forward to the end of July.

“I hope that Borderers can see their hard work is paying off, and that with every sacrifice we make, we get one step closer to returning to some form of normality.”