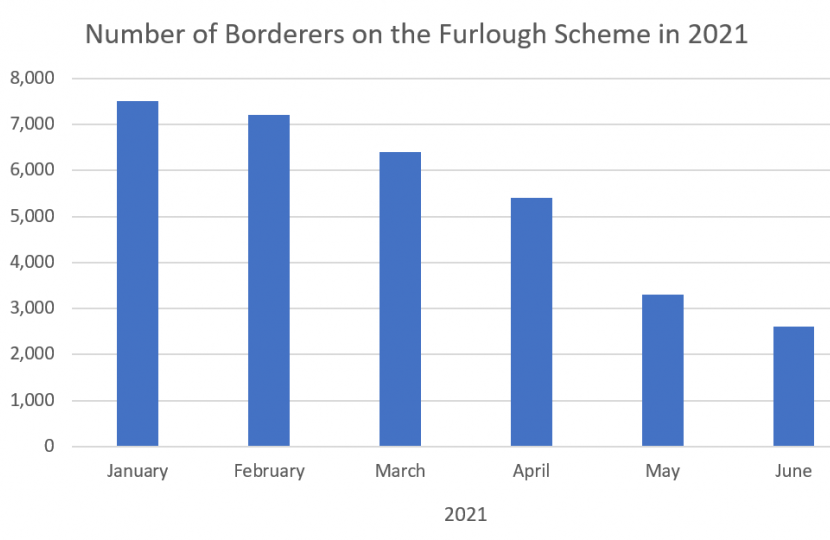 New figures show that there were only 2,600 people on the furlough scheme at the end of June 2021, or 6% of employees, in the Scottish Borders. This is compared to:

The statistics also show that 17,600 unique jobs have benefitted from the scheme in the Borders since its inception.

There is a similar trend across the UK, with 1.9 million people on furlough in June, compared to 2.4 million in May, and 3.5 million in April.

The furlough scheme, officially the Coronavirus Job Retention Scheme, began in March 2020 to protect millions of jobs in the UK as the country went into lockdown.

“The UK Government’s furlough scheme has been instrumental in saving jobs and livelihoods in the Borders and right across the UK.

“This is really encouraging data and suggests that more and more people are getting back to work in the Borders, and businesses are starting to get back to their full capacity.

“This encouraging data comes as the International Monetary Fund predicts the UK economy will grow at one of the fastest rates in the world.

“Of course, many businesses are not out of the woods yet and the last 16 months have been devastating for everyone.

“But it is a real positive to see these green shoots appearing in our local area.”