Borders e-petition makes it all the way to Parliament 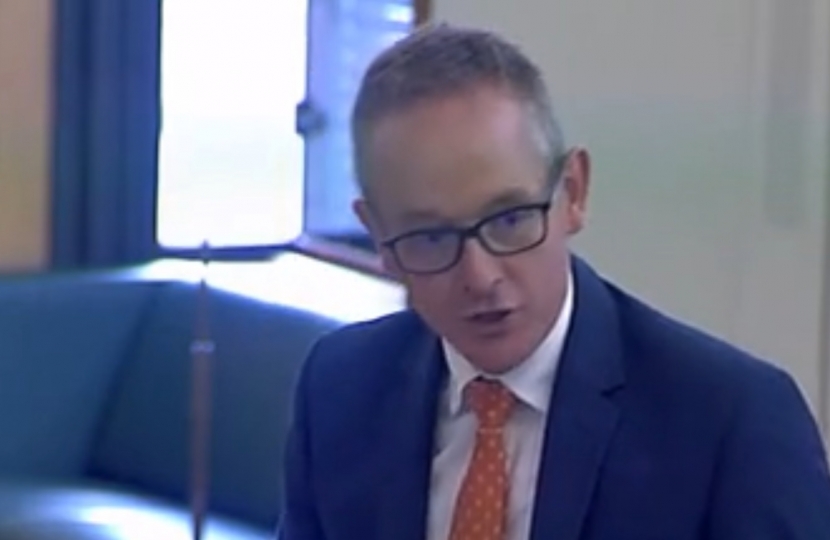 A petition started by a Borders campaigner has made it all the way to a debate in Parliament after reaching over 100,000 signatures from across the UK.

The petition, promoted by Andrew Mathewson from Kelso, calls for cervical cancer screenings to be yearly, after he lost his wife Fiona to cervical cancer at the age of 30.

Over 145,000 people across the UK signed the petition, with the highest number of signatures coming from Berwickshire, Roxburgh and Selkirk – the constituency covering most of the Scottish Borders.

Nearly 3000 people from Berwickshire, Roxburgh and Selkirk signed this petition – demonstrating the huge amount of support that it gained in the Borders.

Local MP, John Lamont, spoke in the debate on the petition in Parliament after meeting with Andrew and his family earlier this year.

Mr Lamont paid tribute to Andrew, saying that Mr Mathewson had ‘dedicated his work to ensure that other families do not go through what they had to’.

“The Borders has made its voice heard loud and clear once again by signing this really important petition in huge numbers and triggering a debate in Parliament.

“I was more than happy to amplify this voice after the dedicated campaigning of Andrew and take part in this debate.

“In Scotland, women between 25 and 49 are only eligible for a cervical screening every five years compared to every three years in the rest of the UK.

“Sadly, more than two women die every day in the UK from cervical cancer despite it being one of the most preventable cancers.

“Many women are understandably apprehensive about attending their screening appointment and more resources need to be dedicated towards allaying any fears and misconceptions that they have about the procedure.”