Borders businesses set to benefit from new trading opportunities with US 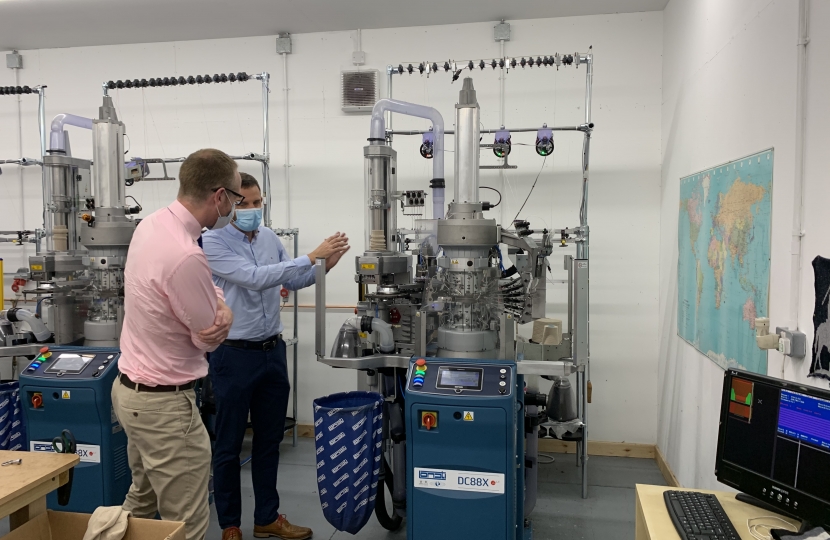 A new deal struck between the UK Government and the US means businesses in the Borders will benefit from new trading opportunities. This includes the suspension of US tariffs on items such as Scotch Whisky and cashmere over the next five years.

Punitive tariffs were placed on single malt Scotch Whisky, cashmere and other UK goods during a trade dispute between the US and EU over Airbus and Boeing. This 17-year dispute, the longest in World Trade Organisation history, was destructive for many UK industries that exported to the US.

During this period, The Scotch Whisky Association estimates more than £600 million in whisky exports were lost due to the trade barrier. Now distillers are able to focus on recovering exports to our largest and most valuable export market.

The disagreement also hit other industries such as textiles, including cashmere mills, which are particularly important here in the Borders.

This historic deal secured by the UK Government will ensure that tariffs worth £550 million per year on 139 British goods are suspended.

As part of the deal, the UK and US will work together to strengthen cooperation in the civil aircraft sector, involving sharing results from research and development projects.

“The trade deal that the UK Government has secured with the US is great news for textiles and Scotch Whisky businesses across the Borders.

“This is particularly good news for Hawick who has a number of textile exporters and a distillery to its name.

“Increased levels of trade will lead to job creation here in the Borders and across the rest of the UK.

“The UK has established itself as an independent trading nation and I am pleased that individuals and businesses across Scotland will benefit from this deal.”