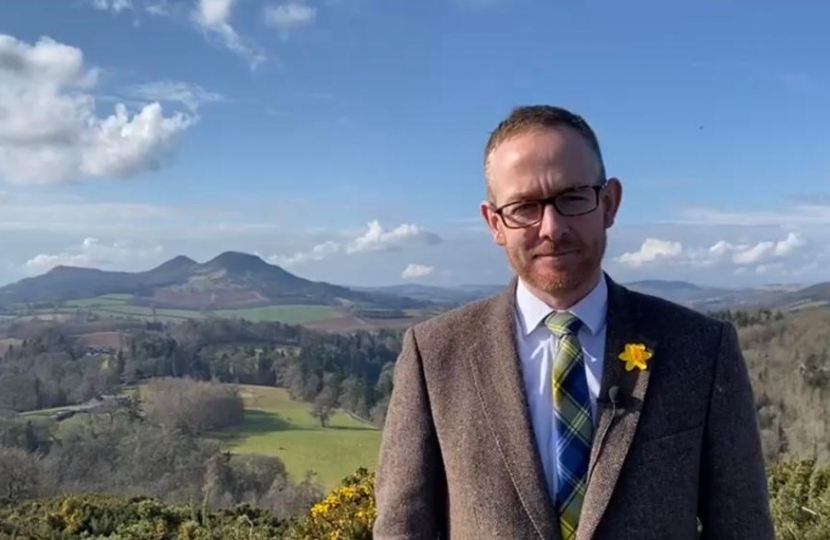 Currently, the Scottish Borders has 83% geographic 4G coverage by at least one operator according to Ofcom’s Connected Nations report. All four operators serve just above half (52%) of the region. ‘Not Spots’ where there is no 4G signal at all cover 17% of the area.

The biggest improvements will be in rural parts of Scotland, Northern Ireland and Wales. £500m of the funding will come from the UK Government whilst the operators will jointly invest £532m.

Coverage in Scotland, where there are unique geographical and landscape challenges and sparsely populated areas, will rise by more than ten per cent to 91 per cent from at least one operator and 74 per cent from all four operators. This compares to 80 per cent and 42 per cent today.

Local MP John Lamont, who has been lobbying the UK Government to take action on this, says this agreement will finally tackle the problem of mobile phone black spots in rural areas like the Scottish Borders.

Commenting John Lamont MP said: “One of the keys to unlocking the rural economy is better digital connectivity. Better 4G and broadband coverage will significantly enhance the rural economy here in the Borders.

“There are unfortunately numerous areas across the Borders where there is no 4G signal whatsoever. Not only is this frustrating for individuals and businesses but can also be problematic in the event of an emergency.

“This new £1 billion scheme backed by £500m from the UK Government will finally fix the problem of mobile phone black spots. I am delighted that Digital Secretary and the 4 mobile phone operators have been able to agree on this deal so quickly. It is now time to get on and build the infrastructure needed to serve the Borders better.”

Chancellor of the Exchequer, Kwasi Kwarteng announced a raft of new measures to boost the UK economy today. This included a tax cut worth £285 on average for workers in the Borders.