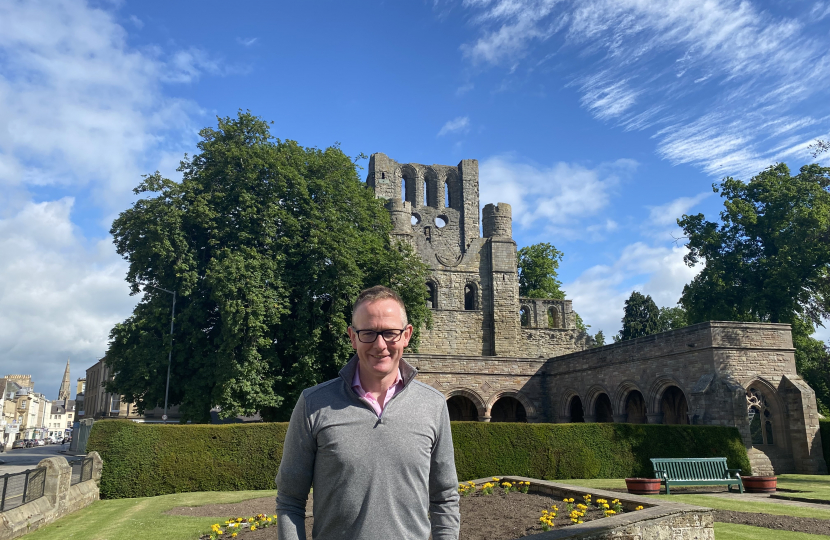 The UK Government has announced more details about its flagship Shared Prosperity Fund (SPF) that aims to transform the country by spreading opportunity and prosperity across communities.

More than £4.4 million has been allocated to be invested into Scottish Borders communities, totalling £212 million across Scotland.

The fund replaces EU funding streams, and the UK Government is matching what was spent in Scotland previously through them. The SPF aims to be much more flexible and less bureaucratic than those administered by the EU.

EU requirements for match funding, which impacted on poorer places, will be abolished.  Instead of regional agencies, funding decisions will be made by elected leaders in local government, with input from local members of parliament and local businesses and voluntary groups.

Investments made by the SPF could include regenerating rundown high streets, fighting anti-social behaviour and crime, or helping more people into decent jobs – helping to revive communities, tackle economic decline and reverse geographical disparities in Scotland and across the UK.

The announcement also sees the Multiply scheme launched, which aims to improve numeracy across the UK. The Scottish Borders is to receive almost £1m via this scheme.

This funding is in addition to other Levelling Up funding schemes, including the Community Ownership Fund, and the Community Renewal Fund.

The allocation formula for UK Shared Prosperity Fund considers both the local population data, and a broadly based measure of need, including factors like unemployment and income levels. This is to ensure the most amount of money is going to areas which will truly benefit from the fund.

“Whilst the SNP Government in Holyrood slash council budgets across Scotland, the UK Government is stepping in to support local communities here in the Borders.

“The UK Government has announced more than 5 million pounds in funding for the Scottish Borders and is on top of record funding that has been provided to the Scottish Government budget.

“I have been working closely with the Levelling Up Minister, Neil O’Brien, on how communities in the Borders can make best use of this funding. Indeed, he visited Burnfoot in Hawick just a few weeks ago and talked to the local community about how we can do just that.

“Now that this funding is no longer administered by Brussels, the funding scheme is now much less bureaucratic, and will be locally led, making it much easier for local organisations to access this money.

“I firmly believe in the need to level up our country. For too long in Scotland funding has been directed towards the Central Belt, leaving rural areas like ours under resourced.”