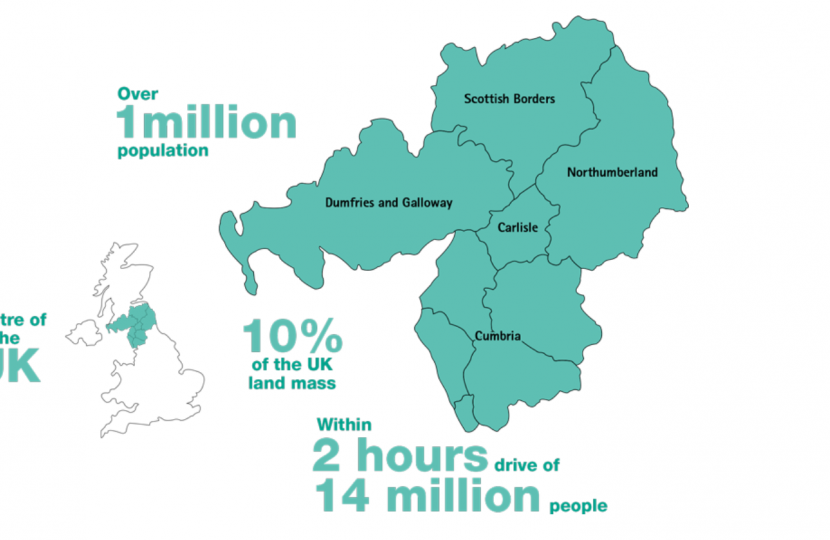 The Chancellor, Philip Hammond MP is expected to announce the UK Government will be contributing £260m to the Borderlands Growth Deal.

The UK Government has been supporting Growth Deals across the UK since 2014. To date, this has included more than £1.3bn of investment in Scotland.

This investment is in addition to £100m of funding from the Housing Infrastructure Fund, set to be spent in the Borderlands region.

The Scottish Government said that it would provide up to £85m for Borderlands over the next ten years, although no money was set aside in the SNP’s budget last month.

Welcoming the announcement, local MP John Lamont has said Borderlands needs to include a full feasibility study into extending the Borders Railway on to Hawick, Newcastleton and Carlisle, as well as significant investment in improving broadband.

Commenting, John Lamont MP said: “Borderlands has huge potential for the Scottish Borders and I am pleased that it is set to be backed by £260m of UK Government money.

“With up to £80m coming from the SNP, this represents a significant investment and the most obvious example of the benefits of the United Kingdom to the Borderlands region.

“The SNP may not like it, but the truth is the border is just a line on the map and the economic health of the Scottish Borders is closely linked to the health of Northumberland, Carlisle and Cumbria. The fact that they hurriedly rushed out a press release about their contribution, which stops at the Border, shows the SNP are continuing to play political games.

“I have made it clear to the Chancellor that Borderlands needs to push ahead the campaign to extend the Borders Railway. The next step in this process is a full feasibility study into bringing the line to Hawick, Newcastleton and Carlisle. Only then can we plan how this is going to be delivered by Scotland’s two Governments.

“Borderlands also needs to tackle the issue of poor broadband. With one in five homes in the Borders still unable to get access to superfast broadband, this investment is needed soon.”